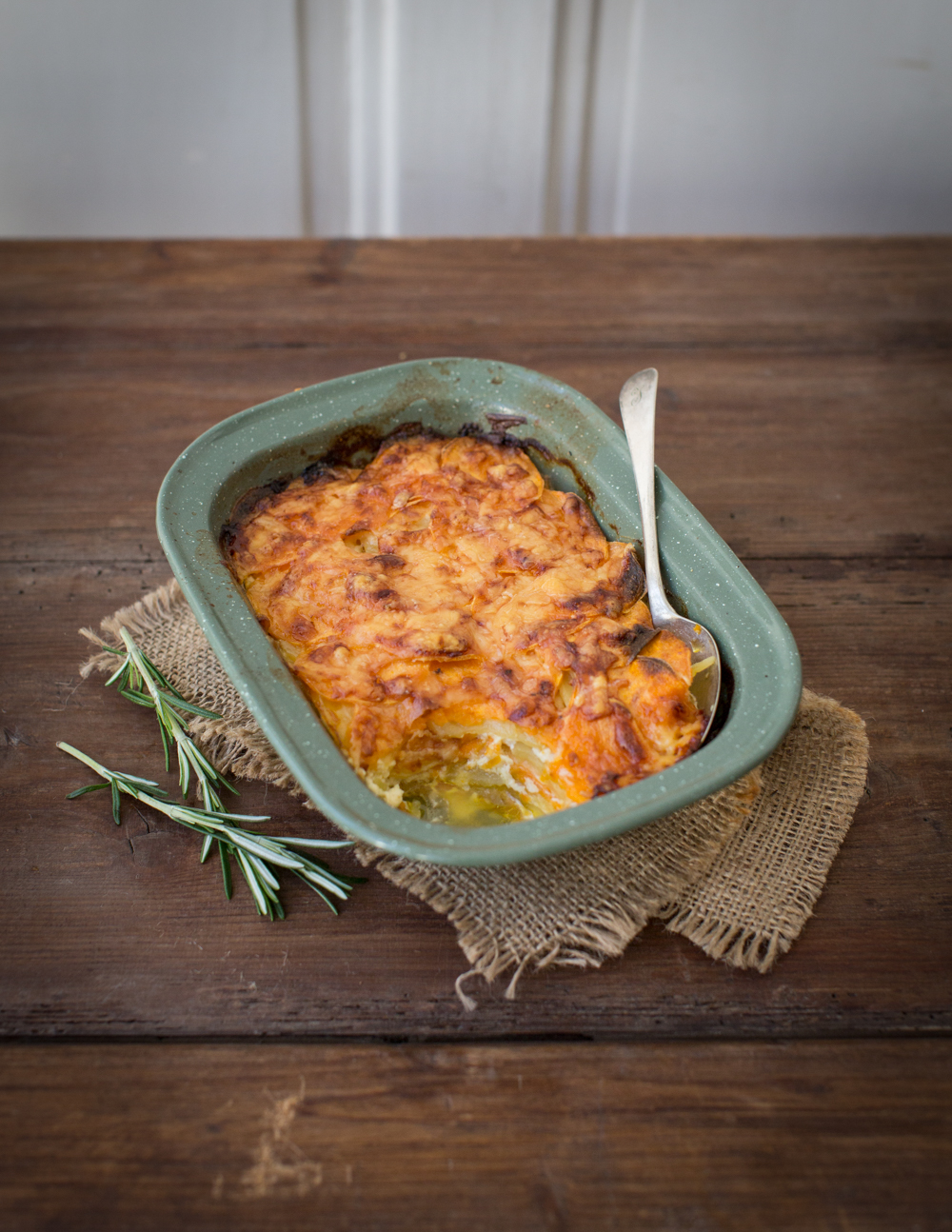 I can’t think of anything more comforting that a potato gratin. To me this is the dish that I crave when I’m down with a cold or just in need of a dish that will make me feel happy to my core. I’m pairing potatoes with sweet potatoes and infusing the gratin with rosemary and garlic. It works perfectly as a main served with a green salad – or as a side to a roast chicken.

This recipe was created as part of my “Recipes for Staying Home” show, to flatten the curve during the 2020 Covid-19 outbreak. The concept is to inspire people to cook comfort dishes at home – I show basic recipes that can be adapted with all kinds of other ingredients. You can watch the episode here.

This is a recipe from my cookbook ‘Flavours of Home’.

Put the milk, cream and butter in a saucepan with the rosemary and one peeled garlic clove. Bring to a simmer, then turn off and leave to infuse for 20 minutes.

Rub the baking dish with a peeled, sliced garlic clove, allowing it to absorb some flavour, then butter the dish.

Put a layer of sweet potatoes into the baking dish, followed by a layer of potatoes sprinkled with a bit of cheese. Continue alternating layers until all the potatoes are used up, keeping a good portion of cheese for the end.

Remove the rosemary branch and garlic clove from the cream mixture, beat in two eggs and season with salt and pepper.

Pour the liquid over the potatoes and scatter the remaining cheese over the gratin.

Bake the gratin for approximately 1 hour until potatoes are soft and the dish is golden.