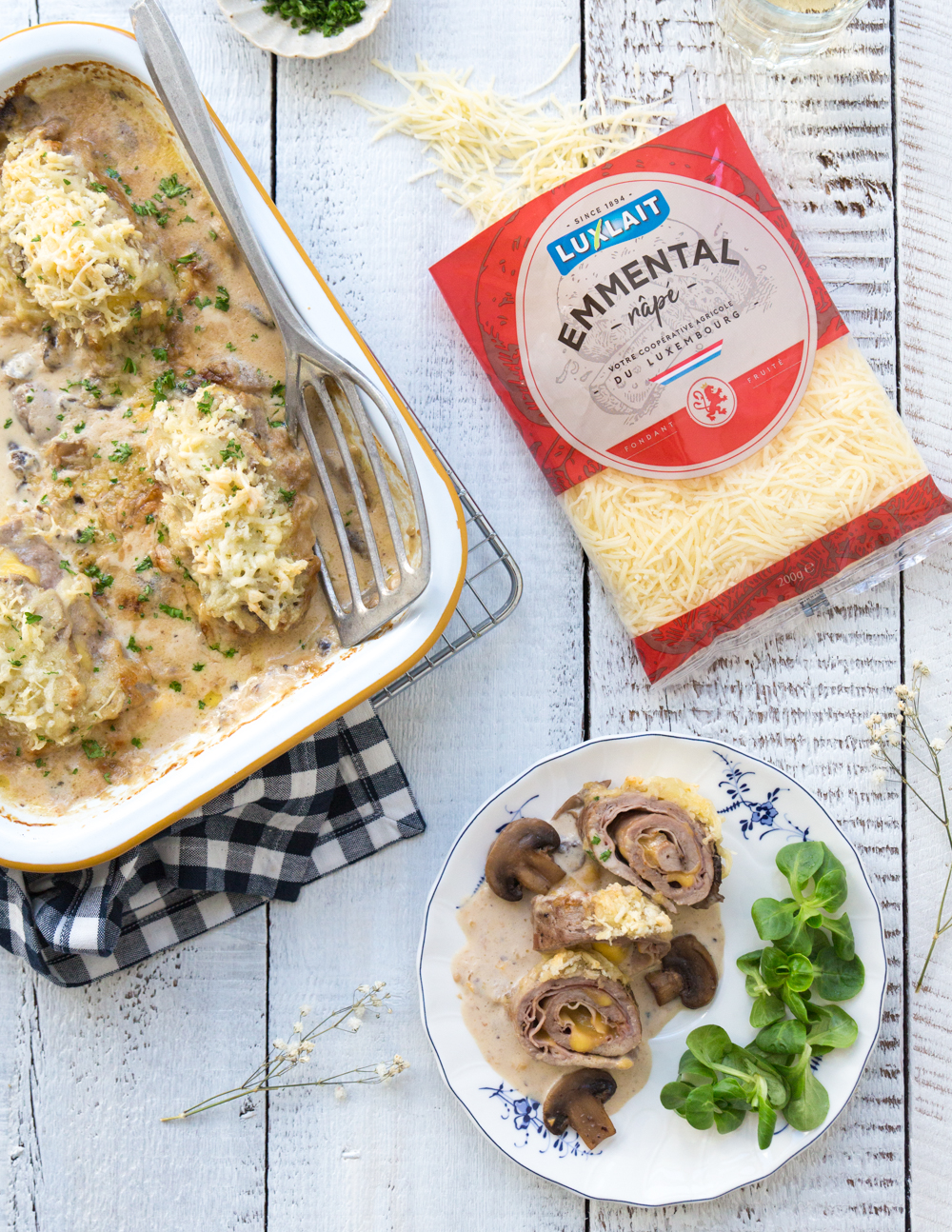 Ask many of my friends, and one firm favourite dish is a cordon bleu! A veal escalope stuffed with ham and cheese, usually served in a creamy mushroom sauce in Luxembourg. For this recipe, I’m making gratinated cordon bleu rolls, and I’m adding a crispy cheese layer on top, made with Luxlait Emmental and Japanese breadcrumbs. Totally yum!

I’ve created this recipe for Luxlait, as part of our brand collaboration.

Lay out a veal escalope on a chopping board and, using a rolling pin, gently bash the meat to flatten a bit. Season with salt and pepper.

Put a ham slice on the escalope, followed by 2 slices of cheese. Roll up the escalope and set aside. Repeat with the remaining 3 escalopes.

Heat the butter in a frying pan and fry the cordon bleu rolls until browned on each side. Put into a baking dish and set aside.

Put the mushrooms in the frying pan with the leftover fat from frying the meat. Fry until all the mushroom juices have been released and absorbed, and the mushrooms are browning. Add the crushed garlic and fry for another couple of minutes.

Add the white wine and cook for another couple of minutes, then add the cream and bring to the boil. Dilute the cornstarch in 4 tablespoons of water and add to the boiling cream, stir to thicken. Season to taste with salt and pepper.

Pour the mushroom sauce over the cordon bleus in the baking dish.

Mix the Emmental cheese and the panko and sprinkle over the cordon bleus.

Bake in the preheated oven for 25 minutes.

Sprinkle with parsley before serving.

TIP: This dish goes well with a side of boiled potatoes and French beans, or a simple green salad.