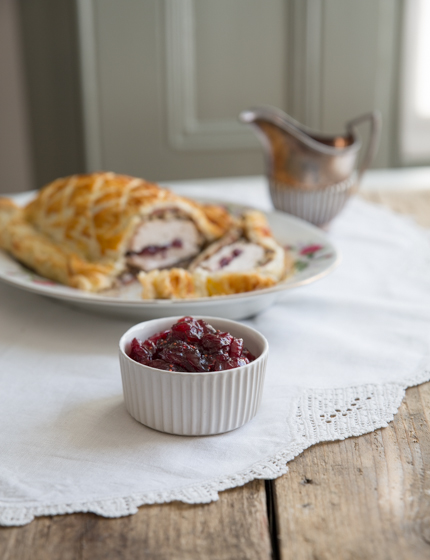 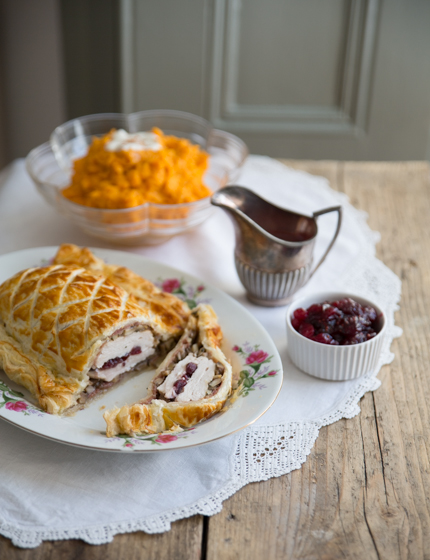 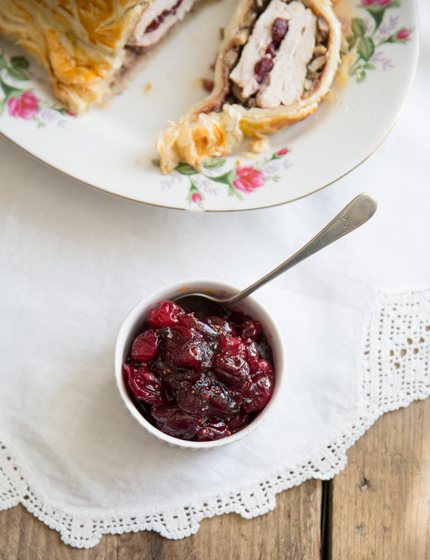 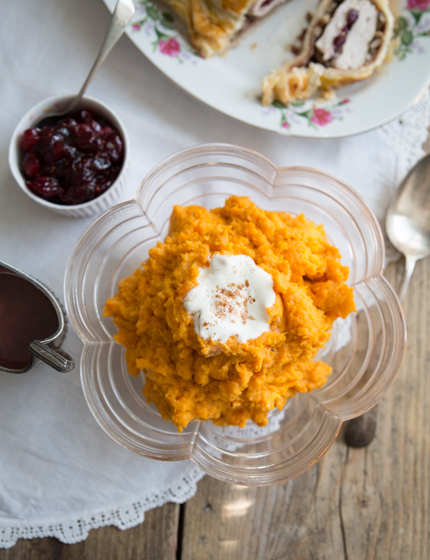 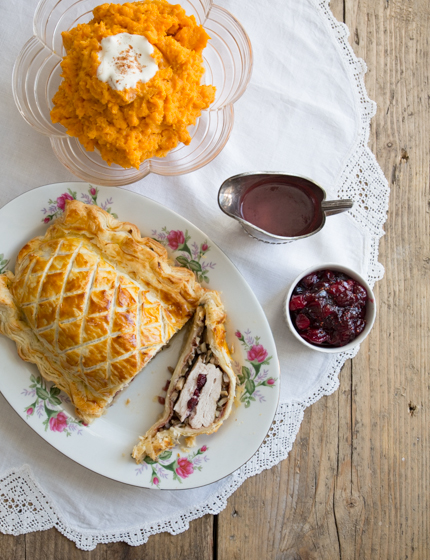 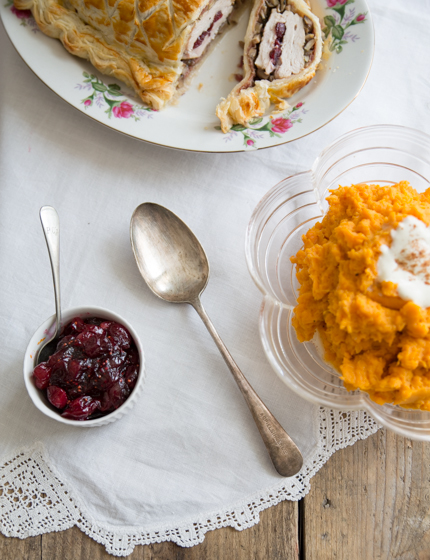 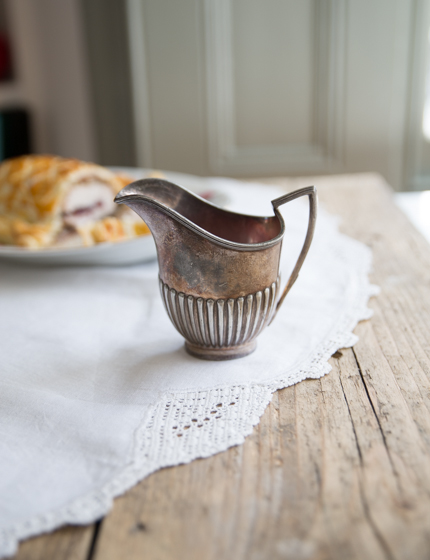 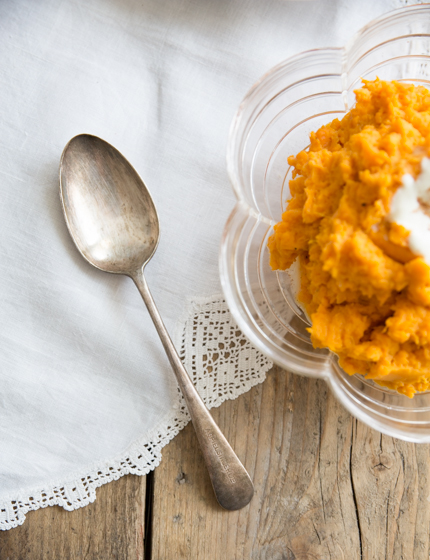 What would Christmas be without a turkey? I’ve decided to steer away from cooking a whole bird and instead make these delightful turkey Wellingtons. They’re really impressive and easy to prepare ahead, so that when your guests arrive, all you have to do is put them in the oven and focus on having a good time. This recipe makes two individual Wellingtons, each serving two people. Like that you can easily make this recipe for more – or less – people, as you just have to repeat the same process without changing the cooking times.

This recipe goes really well with my Sweet Potato Mash.

I made this recipe in the Xmas Episode of my show, you can watch it here.

Melt the butter in a large frying pan and fry the chopped shallots for a couple of minutes. Add the crushed garlic and fry for another minute.

Add the chopped mushrooms, the wine and the thyme and cook over a high heat until the liquid released by the mushrooms has been absorbed. Season with salt and pepper, transfer onto a plate and set aside until later.

Prepare the meat. If using turkey escalopes: place two escalopes over each other, distribute the dried cranberries over them and top with two more escalopes. Repeat with the remaining escalopes.

Heat the sunflower oil in the frying pan and brown the meat all over. Once browned, put onto a plate and leave to cool. Don’t wash the frying pan, set aside until later.

Once the meat is cool, preheat the oven to 200°C and assemble the two Wellingtons.

Roll out the puff pastry and cut into 4 equal parts. Top two parts with half of the Parma ham slices, leaving a 2cm frame around the edges. Top with two thirds of the mushroom duxelle.

Brush the bare pastry edges with beaten egg. Lift the remaining two pastry rectangles over each piece of meat and press to seal the edges. Brush the pastry with beaten egg and cut a criss-cross pattern into the pastry. Put onto a tray with baking paper.
Bake for 30 minutes.

Melt the remaining 30g butter and mix with the cornflour. Pour into the sauce, add the cream, bring to a boil and simmer for a few minutes until thickened. Strain the sauce through a sieve, season with salt and pepper and put into a gravy boat.

For the cranberry sauce: put the frozen cranberries, the Port and the sugar into a saucepan and bring to a boil. Cook for 10 minutes or until the liquid has been absorbed and the mix resembles a sticky jam. Transfer into a little serving bowl.

Once the Wellingtons are cooked, cut into thick slices and serve with gravy and cranberry sauce on the side.