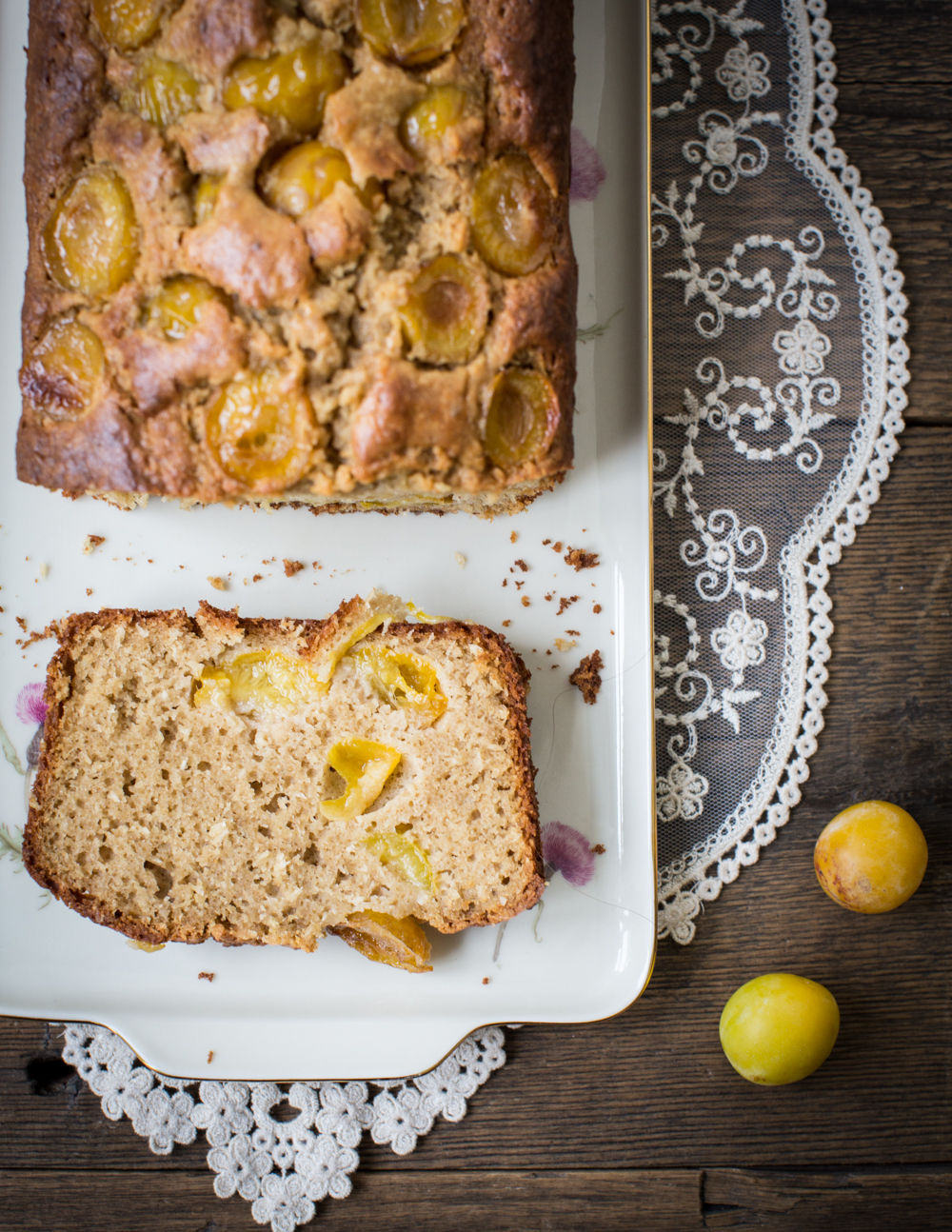 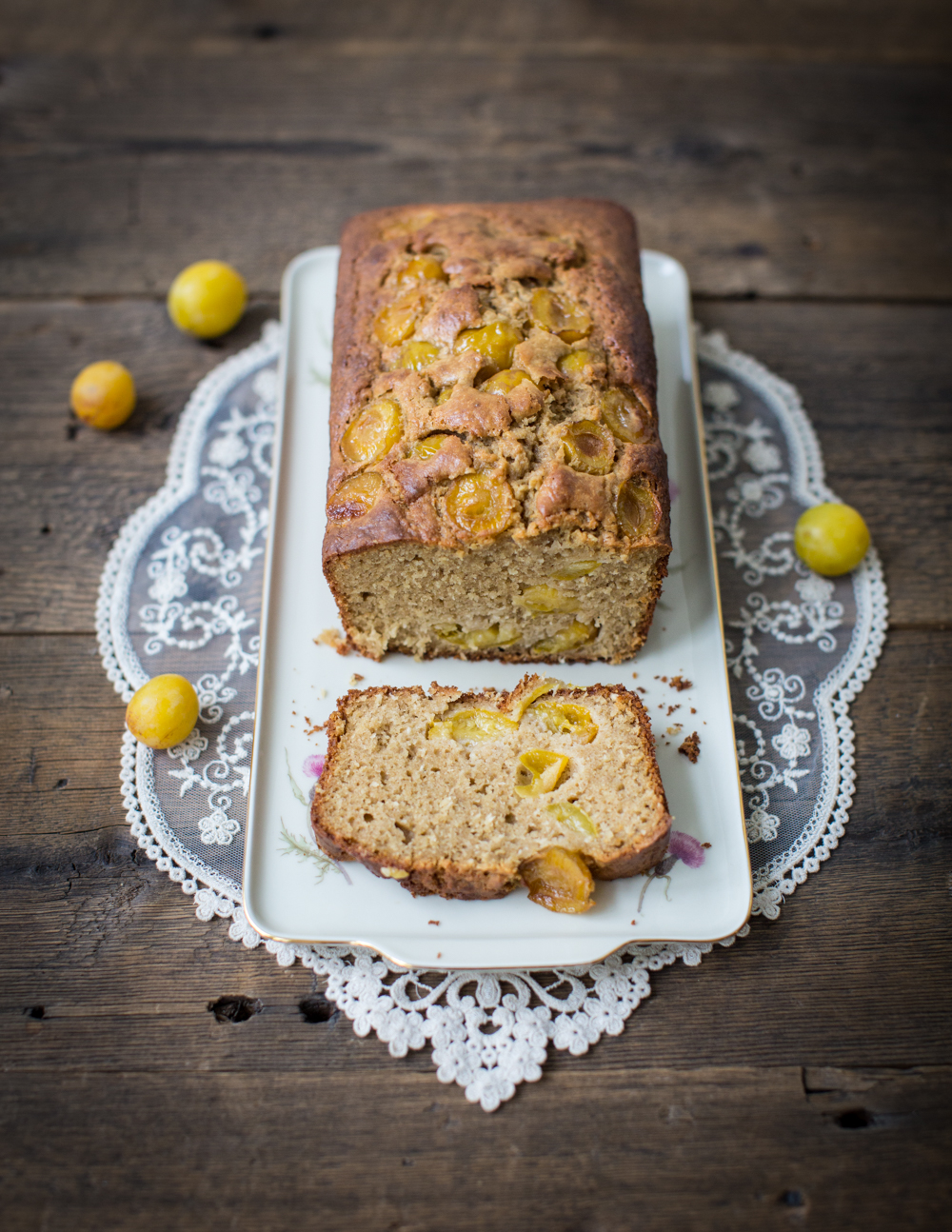 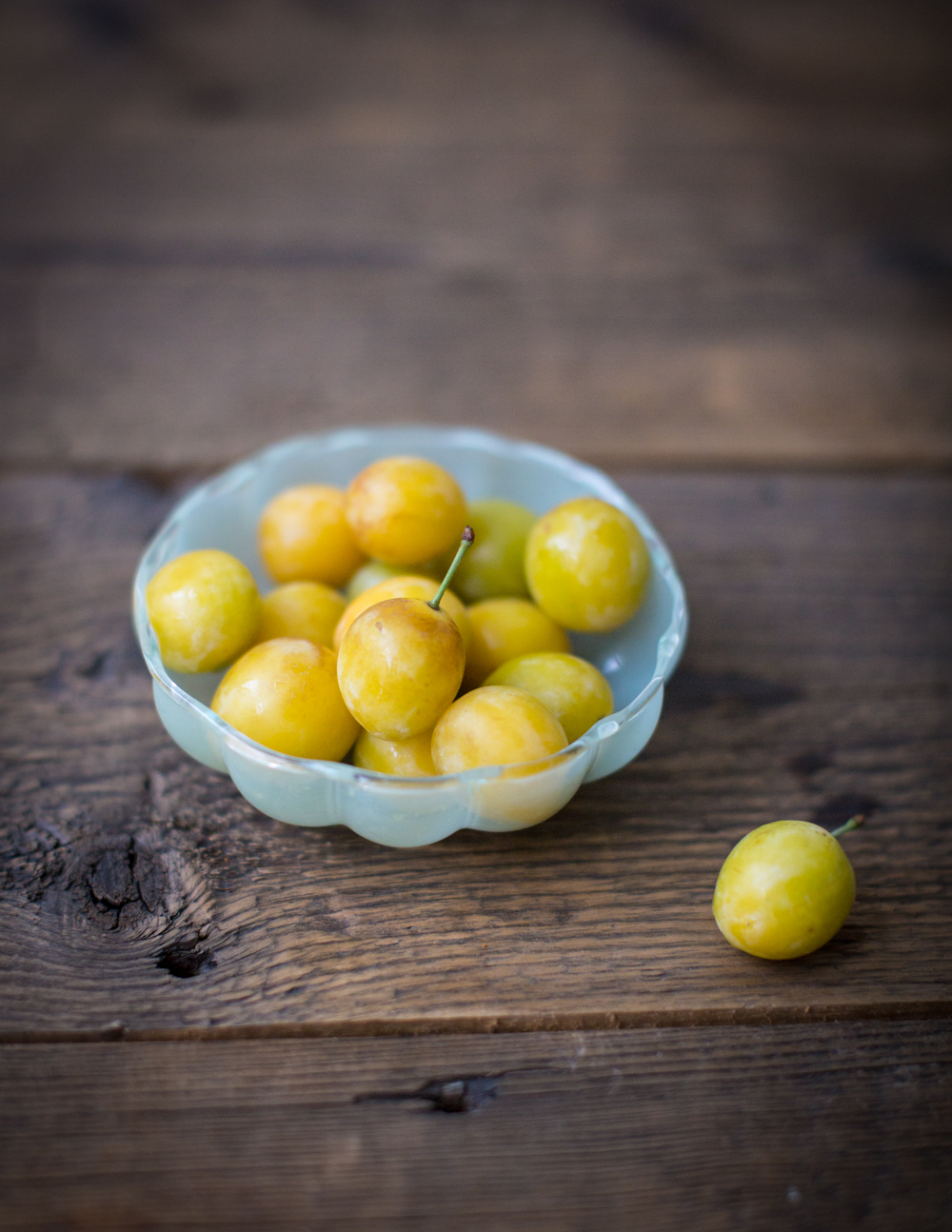 While researching mirabelle recipes I found that most often keep it very simple: a Lorraine mirabelle tart is made with vanilla custard, mirabelle clafoutis pairs the fruit with the eggy clafoutis batter and mirabelle compote is often just made with a bit of sugar and no additional spice.

Indeed, the subtle flavour of the mirabelle plum is easily overpowered by other flavours. So, for this cake I kept it simple too. The desiccated coconut adds texture rather than strong flavour, while the buckwheat flour makes it a bit heartier in flavour (buckwheat flour being less sweet than white wheat flour). I initially made this cake without cinnamon, but in hindsight I would  add a cheeky teaspoon to bring in a subtle hint of spice (as marked below in the recipe), but you can happily omit this.

The cake is perfect as a breakfast loaf, as it’s not too sweet, and goes well with a cup of coffee. It keeps for 2 days wrapped in foil at room temperature.

Halve the mirabelles and take out the stones. Put in a bowl and mix with the maple syrup.

Mix all the other ingredients with an electric mixer into a smooth batter. Incorporate half the mirabelles and the maple syrup.

Put the batter into a greased rectangular loaf tin (10x20cm). Top with the remaining mirabelles.

Bake in the preheated oven for 1h25 minutes.