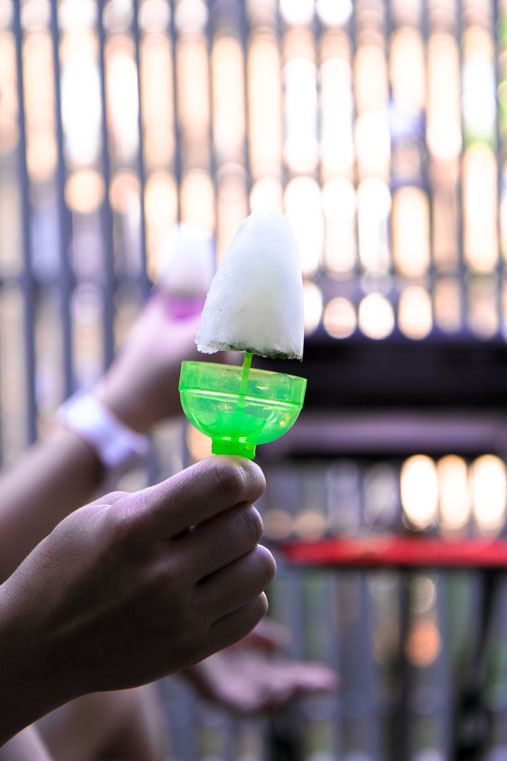 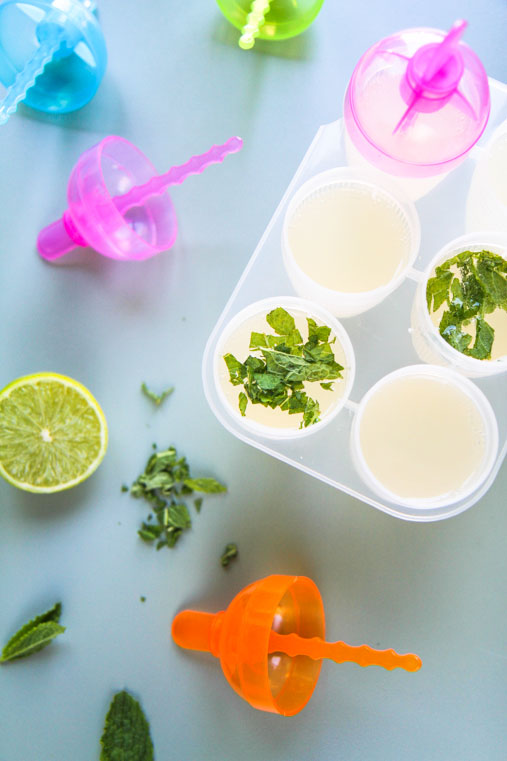 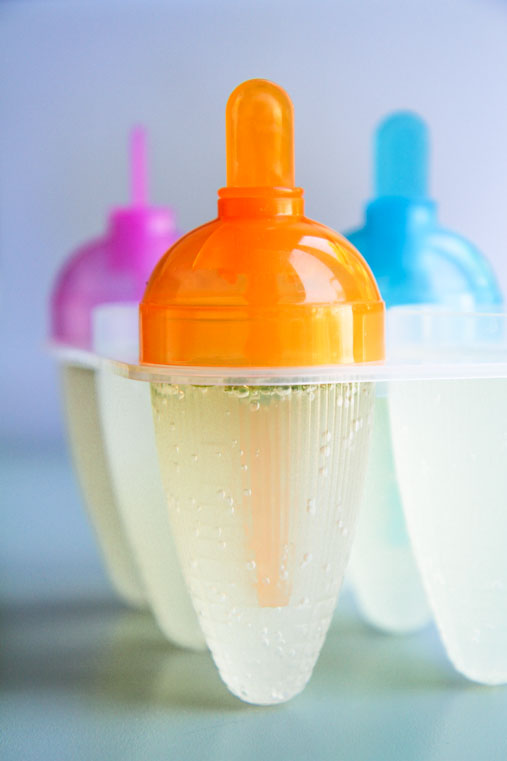 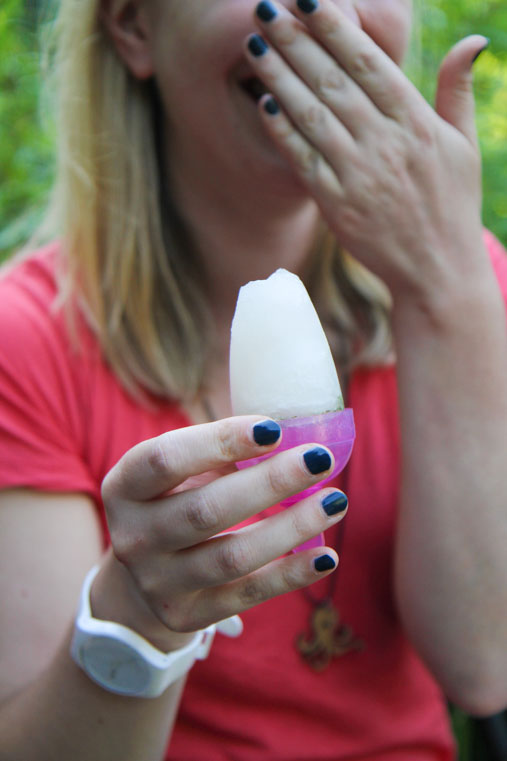 Summer may have decided to never show up, but I’ve decided not to let that bother me anymore! Let it rain, freeze, hail and storm – these ginger ice lollies with vodka will bring the sunshine to your home!

What’s so cool about these ice lollies is their power to instantly make you feel like putting on a summery dress and walk around the flat in flip flops. That’s how magical they are.

They don’t only have a boozy kick, they also have a damn great texture. You see, what the alcohol does is that it doesn’t allow the ice lolly to fully freeze. So, they’re always instantly ready to eat straight out of the freezer, and they’re kind of like a firm slushy. Absolutely amazing!

I decided to add some mint leaves to my ice lollies – a great idea, if it weren’t for the fact that the mint didn’t want to sink. Those little buggers simply refused to go under.

Oh well, in the end I accepted the fact that the herbs were at the bottom of the ice lolly– just like I’ve accepted that summer willl never come.

Makes 6 (depending on how big your ice lolly forms are)

Taste a sip and add more ginger beer if you think it’s too strong.

Divide the liquid between 6 ice lolly forms and freeze overnight.

Eat the ice lollies straight out of the freezer, as they will melt quite quickly.