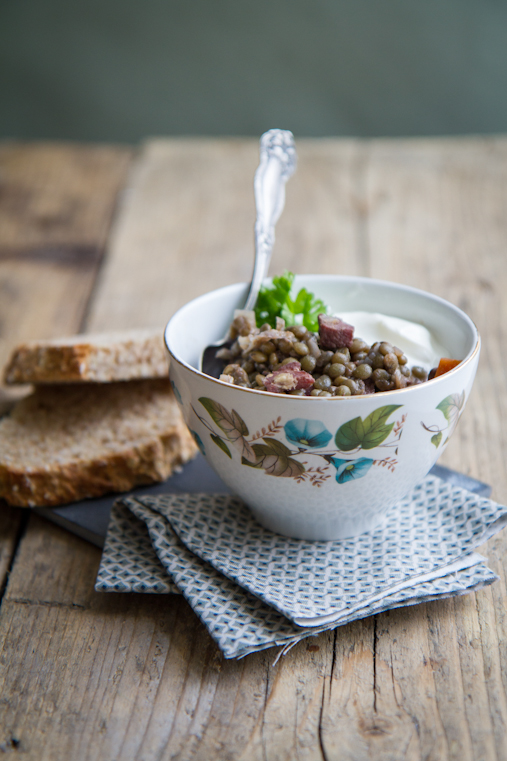 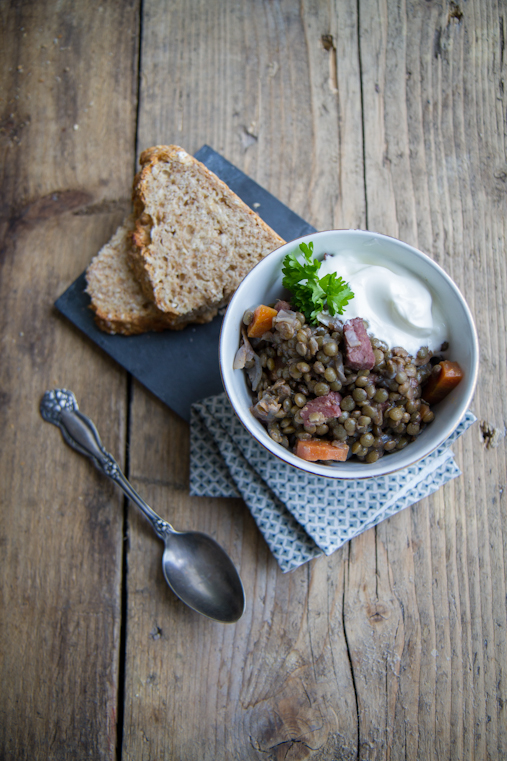 Snow in London! Lots and lots of snow! Yes, my little terrace is covered in over 15cm of fluffy white snow. Last weekend the skies just opened up and released millions of little snowflakes, transforming the capital into a cheesy winter wonderland. Londoners wrapped up and rushed out of their flats and headed for the white parks and slopes – sledges in tow (I even caught my neighbour walking out of the flat with a snowboard tucked under his arm!).

As much as I would have loved to join the hordes of snow-lovers, I was stuck inside, working on a new exciting project which involved lots of filming in my kitchen. Still, the many snowscapes which showed up on my Facebook feed inspired me to make a hearty stew – the perfect bowl to come back to after a day in the cold. It’s super simple to prepare, and once everything is in the pot, you can just sit back, have a glass of wine and let the stew do its own thing.

By the way, you can easily make a vegetarian version of this by omitting the bacon and using a bit of oil to fry the onions in. If you want to push the boat out, throw in some smoked tofu.

Put the bacon lardons into a heavy-bottomed pot and fry for a few minutes until the fat starts oozing out. Add the chopped onions and cook on a medium heat for a couple of minutes. In the meantime, peel the carrots and cut into small cubes. Add to the onion, cover and cook for another couple of minutes.

Add the spices, the lentils, stock, wine and 400ml water. Cover and cook for 40 minutes until the lentils have softened. Sprinkle some parsley over the stew, put into bowls and top each portion with a dollop of crème fraîche. Serve with crusty bread.

0 thoughts on “Lentil Stew: Hearty Dinner for the Colder Months”