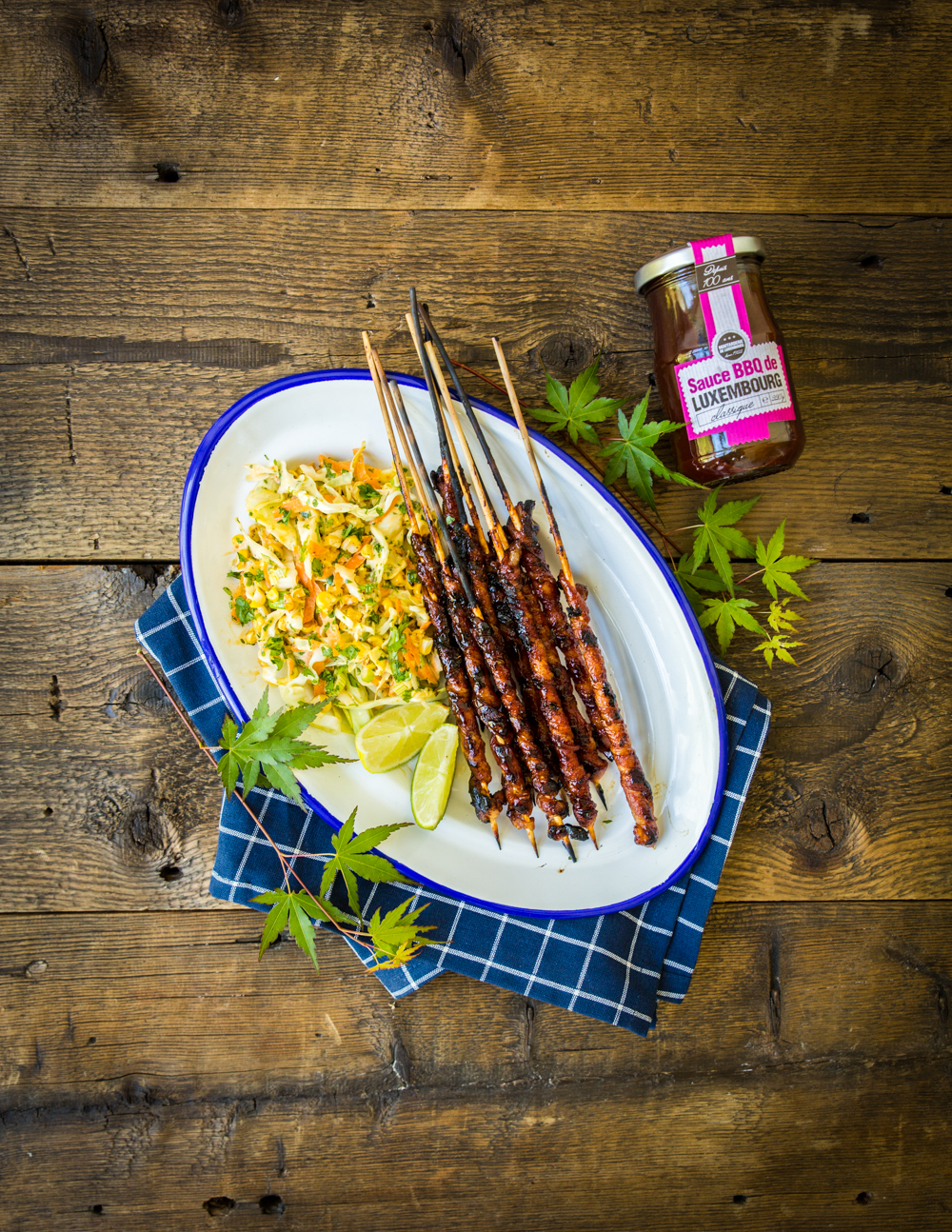 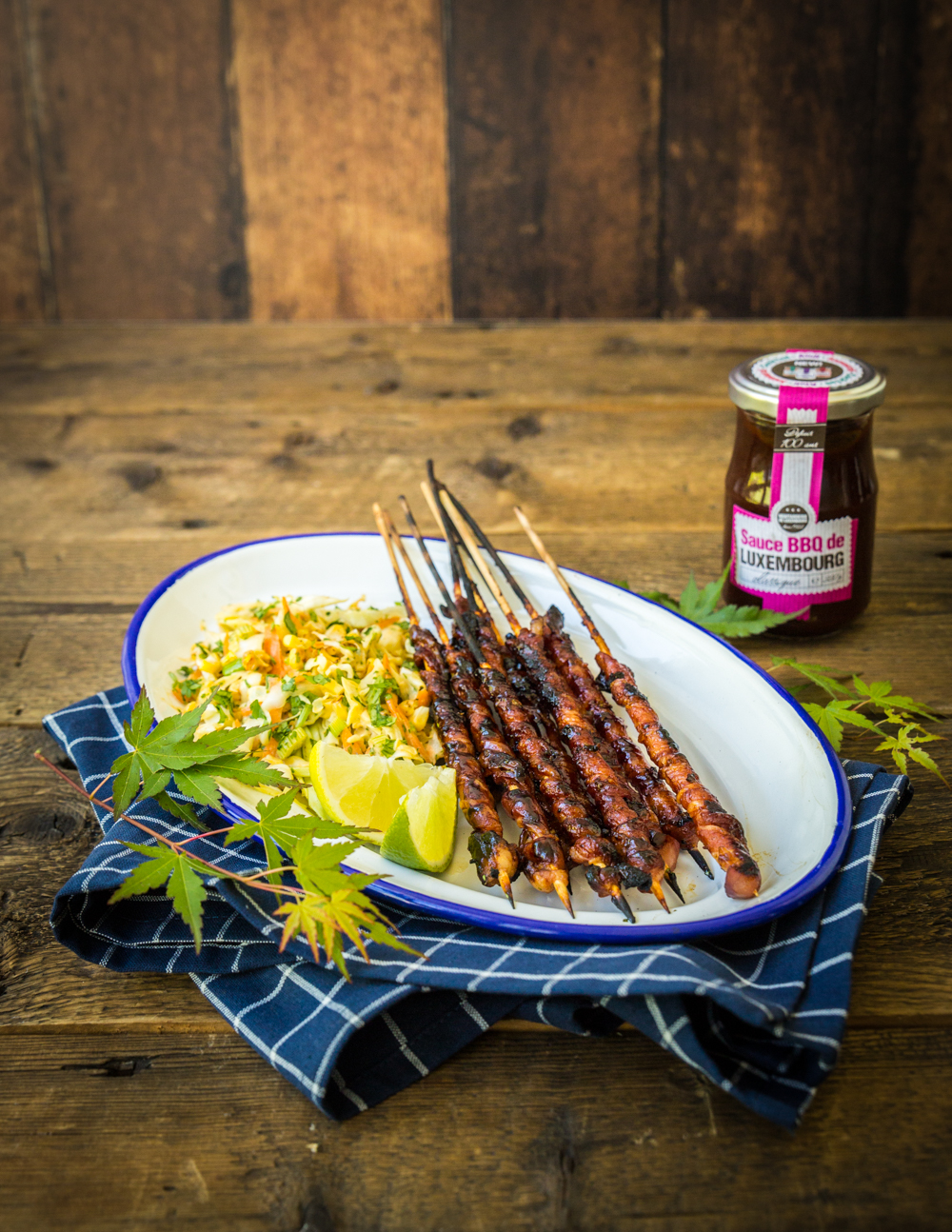 I’d never heard about Oepsies before my friends Nadine and Rupert made them for me. Nadine sells South African wine in Luxembourg (check out Taste of Africa here) and Rupert is South African – so we ofen grill/braai at their home. One of the most popular grilled snacks in South Africa are these little oepsies – sweet marinated bacon strips, which make for an incredibly moreish experience. The bacon is marinated in a sweet sticky marinade which combines barbecue sauce with honey and other yummy ingredients and you end up getting sweet, sticky bacon skewers.

I like to serve these oepsies with a spicy coleslaw, to which I add grilled sweetcorn for added sweetness. A winning combination!

This recipe is made with plenty of products from Moutarderie de Luxembourg, as part of our brand collaboration.

Start by marinating the oepsies a night before. Fold a bacon strip lengthwise over itself, so you get a thinner strip. Stick a skewer through one end of the bacon strip, then twist the bacon all around the skewer, sticking the end of the bacon in the skewer to make it set. Repeat with the remaining bacon and lay the finished skewers onto a large tray.

Brush the marinade all over the skewers, so that the bacon is well covered. Cover with cling film and marinade in the fridge overnight.

The next day, prepare the slaw. Heat the BBQ and grill the corn on the cob for 25 minutes, turning it regularly until it’s cooked through and charred in places. Set aside to cool a little while preparing the other vegetables.

Place a soup bowl upside down into a wide mixing bowl so that it sits inside the bowl like a cupola. Place the corn on the cob on the base of the soup bowl and cut down along the length of the cob so that the corn kernels fall into the bowl. Add the corn to the bowl with the remaining ingredients.

Add the mayonnaise and the Samouraï sauce to the vegetables and toss so that the vegetables are all covered. Adjust the seasoning with salt and pepper and keep in the fridge until ready to serve.

Grill the oepsies on the barbecue until nicely browned all over – this will take about 5 minutes. Arrange on a serving plate and serve with coleslaw and lime wedges.