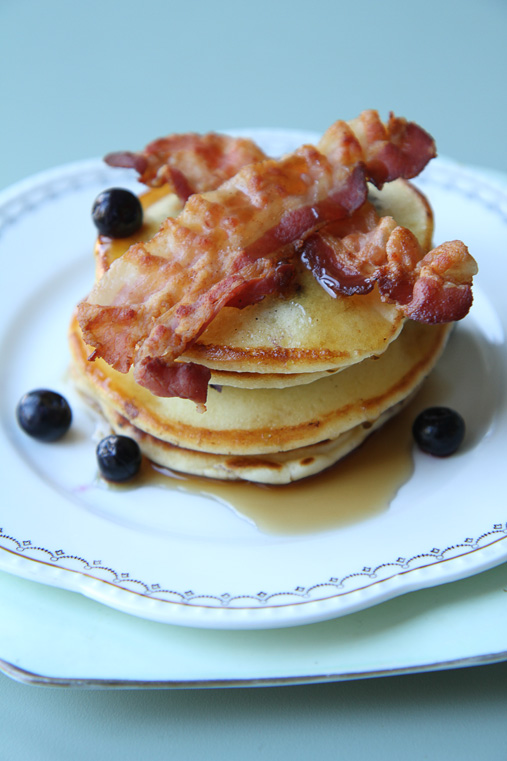 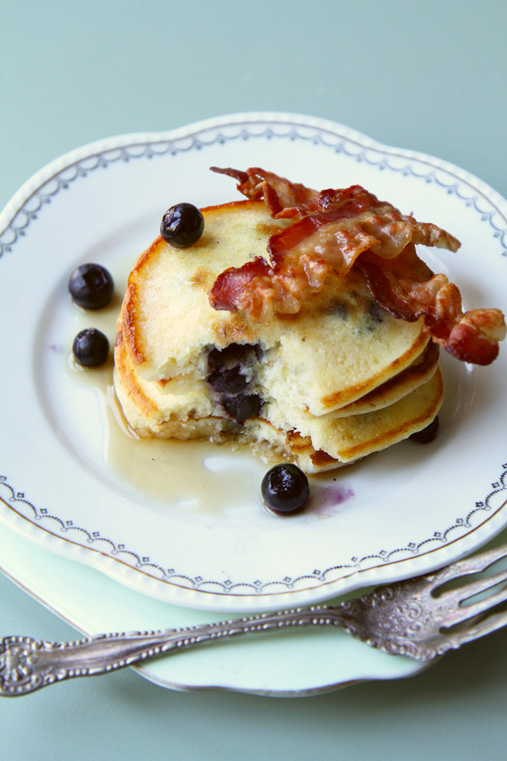 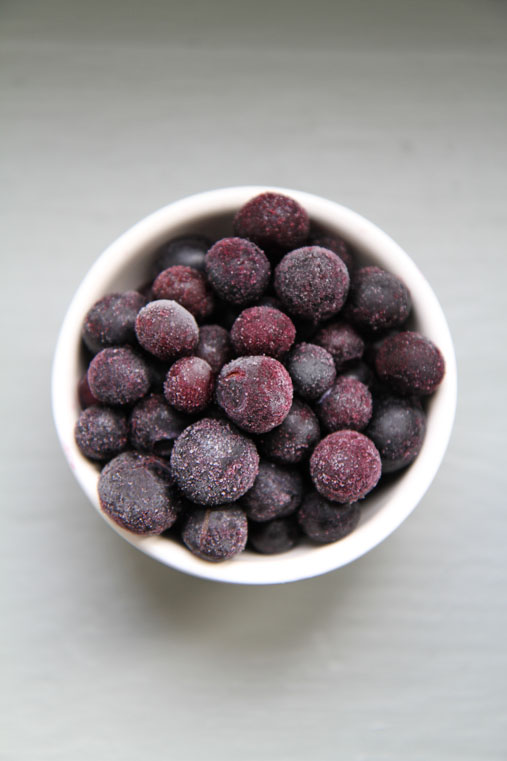 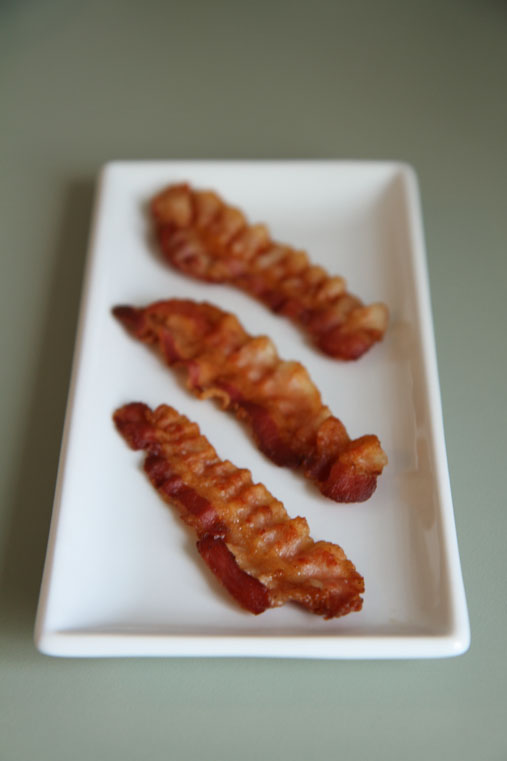 Horray, it’s pancake day in the UK! For one day, the whole of Britain is digging into pancakes – from fluffy American style pancakes to thin, crispy French crêpes and hearty, buckweat galettes – it doesn’t matter what shape or form they have, as long as they’re pancakes!

If you wonder what the idea behind this crazy tradition is, well, it’s actually quite simple: it’s just another designation for Shrove Tuesday – the Christian tradition during which people use up their eggs, butter and milk before the fasting time begins.

You won’t find me fasting anytime soon, but that doesn’t keep me from making pancakes! Any excuse for making pancakes will do! Normally it’s a Sunday morning tradition at mine to make blueberry pancakes, topped with smoked bacon rashers and drizzled with a generous helping of maple syrup… No better weekend indugence than that!

If you have any doubts about the pancake/bacon combination – don’t! It’s the best combination in the world, mixing the world’s best sweet and salty flavours, as well as adding a crispy texture to this fabulous breakfast. I have converted many a sceptic with this fabulous recipe, so go on, I dare you!

For these pancakes you can use fresh or frozen blueberries. If you decide to use the frozen variety (which is quite handy during the winter), take the blueberries out before you make the batter, so that they have the time to thaw a bit before you cook them. They’ll quickly heat up in the pan though, so don’t worry if you forgot to take them out of the freezer in time. Also, don’t add them into the batter unless you don’t mind purple swirls tainting your dough. It’s easiest to dot the blueberries on the pancake batter in the pan.

Makes enough for 4 (around 12 pancakes)

Melt the butter and mix in a bowl with the vanilla sugar and eggs.
Mix the flour, baking powder and salt and add to the butter mix. Gradually add the milk and beat into a smooth batter.

Set the batter aside and let it rest for 20 minutes.

Meanwhile, fry the pancetta in a dry pan until golden brown and crispy. Lay it on absorband kitchen paper.

For the pancakes: melt a knob of butter in a pan, add a few spoonfuls of batter into the pan and dot each pancake with a few blueberries. Cook the pancakes over a medium heat until they start ‘bubbling’ on the surface. Once a few small bubbles appear, you know the pancakes are ready to be turned. Cook for another minute on the other side.

Stack the pancakes up on a plate, top with pancetta rashers and pour some maple syrup over it all.

0 thoughts on “Blueberry Pancakes with Bacon and Maple Syrup”