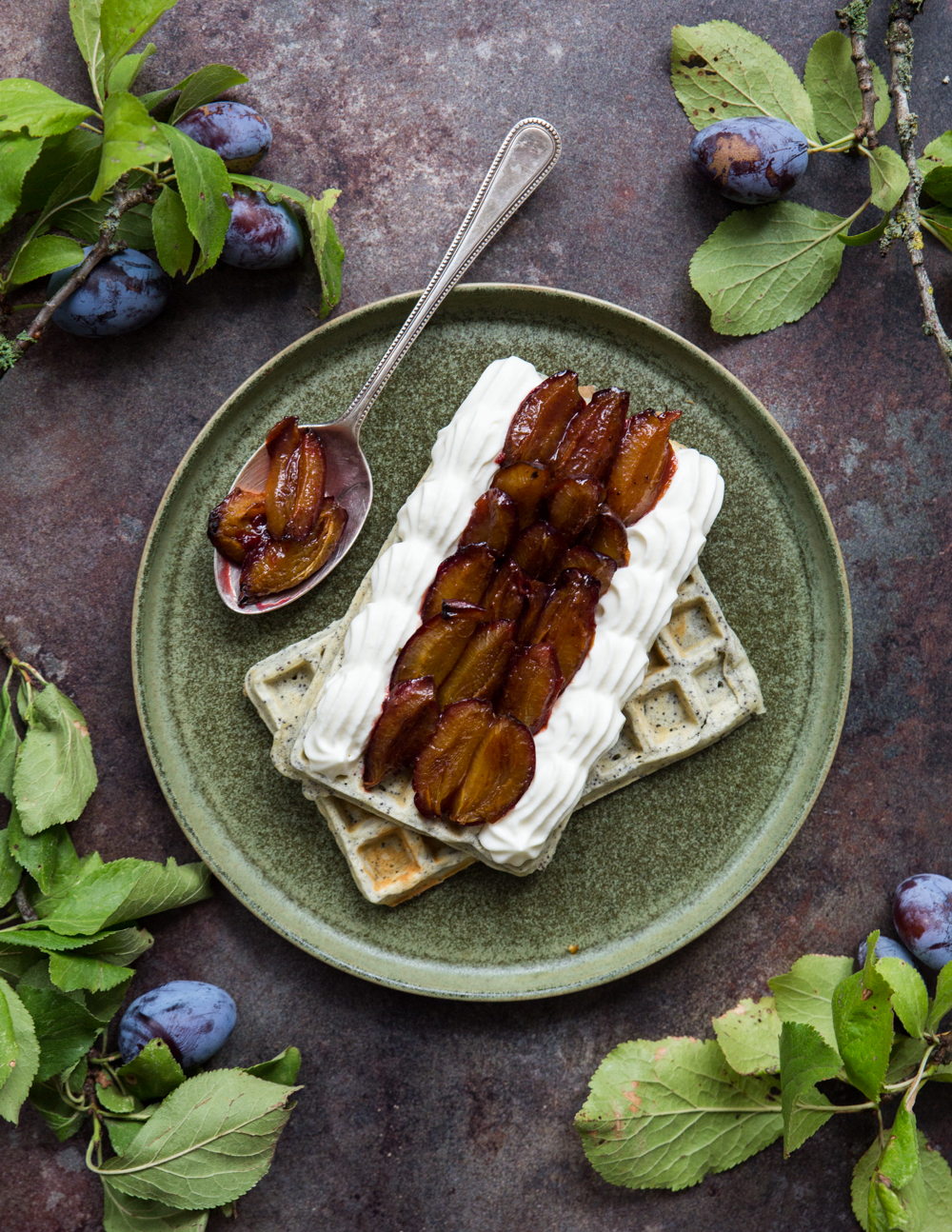 Quetschen-season is a big deal in Luxembourg: as soon as damsons are ripe (usually in September/early October), people make Quetschentaart – damson tarts. You’ll find this seasonal treat in every Luxembourg bakery, and they’re usually served with a dollop of whipped cream.

For these waffles I’ve taken the flavours of the traditional Quetschentaart, and put them on a waffle. I’ve also added a bit of cinnamon, because, well, what’s not to love about cinnamon? Born is the ‘Quetschentaart waffle’!

This recipe is part of a larger Tonicités project, for which I am visiting traditional fêtes in Arlon, Longwy, Thionville, Esch-sur-Alzette and Ville de Luxembourg and create waffles with local seasonal flavours. This Quetschentaart waffle was created for Ville de Luxembourg – to honour the annual Schueberfouer fun fair at the end of August / beginning of September. We combined it with an event where I handed out these waffles at the Jean La Gaufre waffle stall at the Schueberfouer.

Quarter the damsons and arrange on a baking tray. Mix the sugar and cinnamon in a little bowl and sprinkle over the damsons. Bake in the preheated oven for 20 minutes until soft. Set aside to cool.

Make the whipped cream by whisking the cream with the icing sugar until stiff. Put in a piping bag fitted with a star-shaped nozzle and put in the fridge until needed.

For the waffles, mix the flour, baking powder, poppy seeds and salt in a bowl.

In another bowl, mix the sugars, vanilla essence, egg, melted butter and milk, and gradually beat into the dry ingredients until you have a smooth batter.

Once all the waffles are done, pipe some whipped cream onto each waffle, top with baked damsons and sprinkle with a bit more poppy seeds.