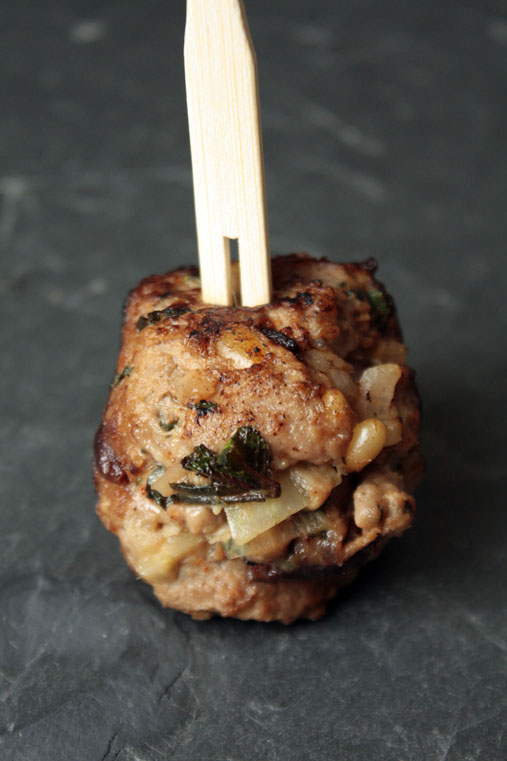 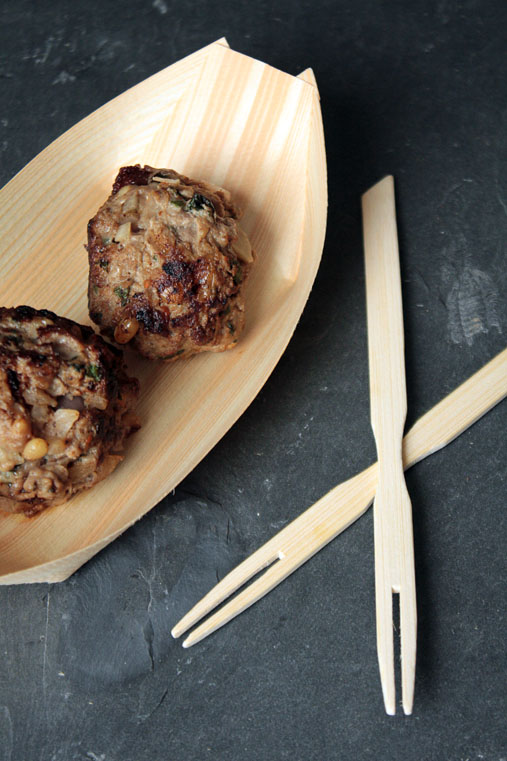 I’ve never been a fan of meatballs. The word alone sounds silly: meat – ball, I mean, come on, bring on some sophistication! Why not call it a “meatsphere” or a “meaty globe”? Ok, those sound silly too. But, it’s weird, aren’t they just the round equivalent of a burger pattie?! And still they’re so much less popular than their burger equivalent. Probably because they come without the bun. Instead, you sometimes find them in spaghetti – featuring in romantic meals (Lady and the Tramp) and being one of the flagship staples of Italo-Americans.

Anyway, I decided to give the good old meatball a go! But I decided to jazz it up a bit. A 21st century cool meatball, with lots of nice flavours fighting for your attention. These were inspired by Moroccan nights and Istanbul days, a play on two great places with even greater flavours: dried sour cherries, roasted pine nuts, mint and ras-el-hanout (- Morocco’s answer to curry powder, a very unique spice mix that comes in many, many versions). Amazing. Seriously, now I’m a meatball fan! Hopefully you will be too after you’ve tried these! ★

In a large bowl mix together the lamb mince, onion, garlic and sour cherries.

Dry-roast the pine nuts in a frying pan and add to the lamb mix.

Form the meat mix into golf-sized balls. At this stage you can put the meatballs in the fridge overnight, so that they absorb the flavours more, but you can also fry them immediately.

Heat 1 tbsp of olive oil in a pan and fry the meatballs for 10 mins on all sides or until nicely browned and cooked through. Serve with a dollop of yoghurt or sour cream.

Tip: you can freeze the meatballs once they’re cooked. Just take them out of the freezer on the day you want to eat them, let them fully thaw and quickly fry again in a pan with olive oil.