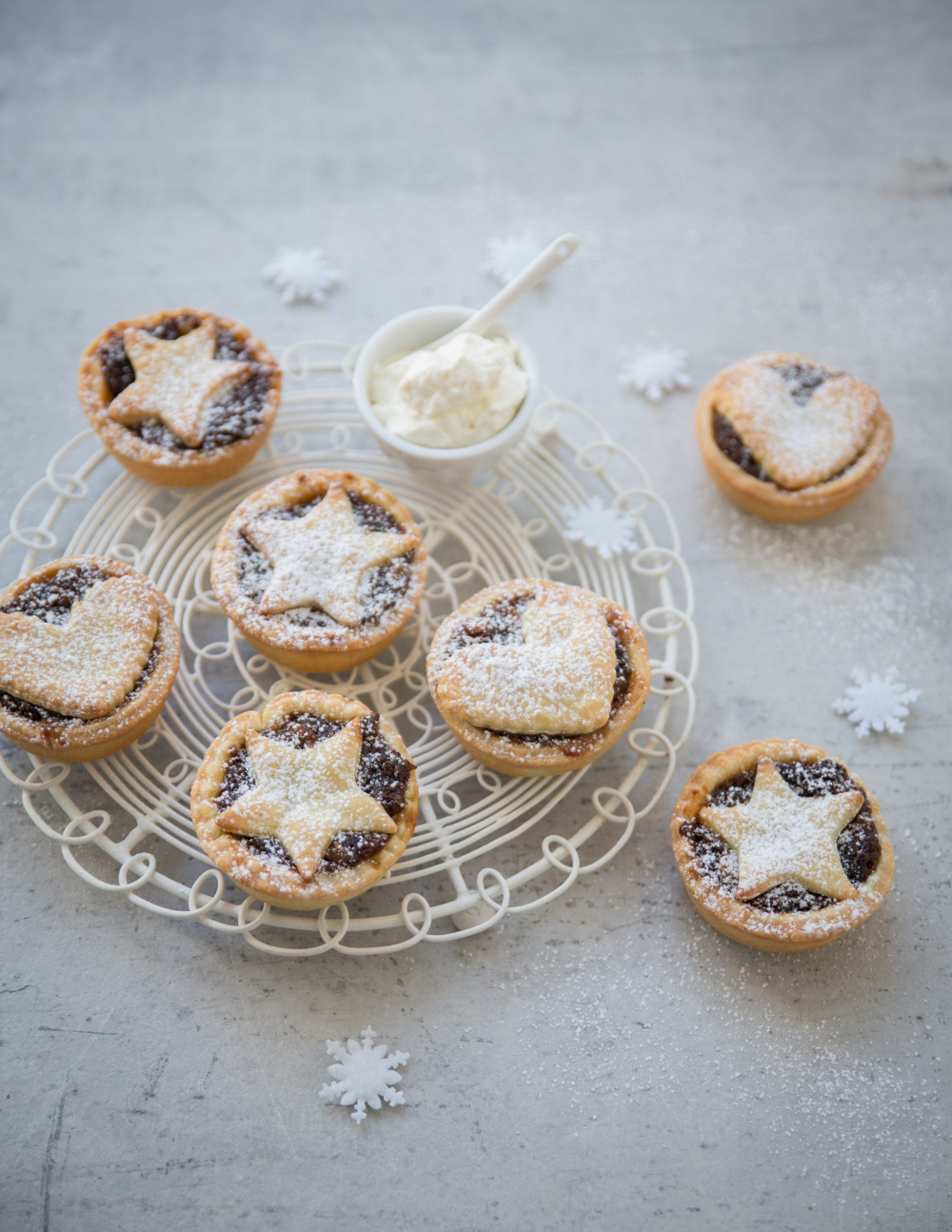 I love Christmas baking, and while most of my festive baking repertoire is leaning towards German bakes, I also fundamentally love one British Christmas treat: mince pies. These little shortbread pies are stuffed with dried fruit soaked in brandy (or in this case whisky). They taste heavenly warm with a cheeky dollop of whisky whipped cream. I can’t think of Christmas without mince pies anymore! And they’re really super easy to make and they also freeze really well.

I made these mince pies on German TV, for the Xmas special of the show “Da will ich hin” on SR. You can watch the segment here, it starts at about 8 minutes in.

I’ve also made this recipe for my Xmas Baking show on RTL Télé Lëzebuerg. You can find the recipe here in Luxembourgish.

Prepare the filling the day before baking the mince pies: Put the raisins, sultanas, prunes, lemon peel, apple, orange peel and butter in a food processor and pulse into a paste. Add the sugar, spices and alcohol and pulse again. Put in a bowl, cover with cling film and refrigerate overnight.

Prepare the dough the next day: put the butter, icing sugar, flour, egg, cold water and a pinch of salt in a food processor and pulse into a dough.

Shape the dough into a disk, wrap in cling film and refrigerate for 1 hour.

Roll out the dough thinly on a floured surface, cut out 12 disks of 10cm and put them in the holes of a greased muffin tin. Prick the base of each pie with a fork, then top each generously with filling.

Preheat the oven to 170°C fan and bake the mince pies for 25 minutes. Leave to cool a bit before dusting with icing sugar.

While the mince pies are in the oven, whip the cream with the icing sugar, adding the whisky once the cream is almost still. Refrigerate until serving.

Serve the mince pies with a generous dollop of whisky whipped cream.

TIP: The mince pies keep for one week and can simply be warmed up in the oven or microwave. They also freeze well. Simply defrost and warm them up in the oven.