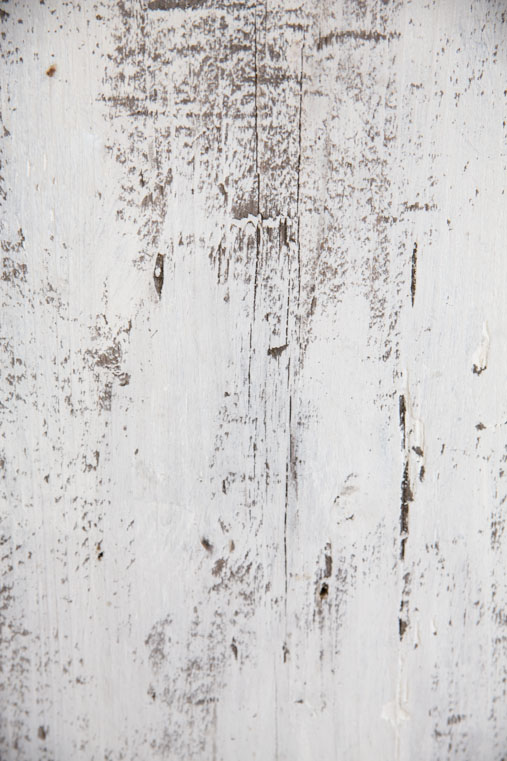 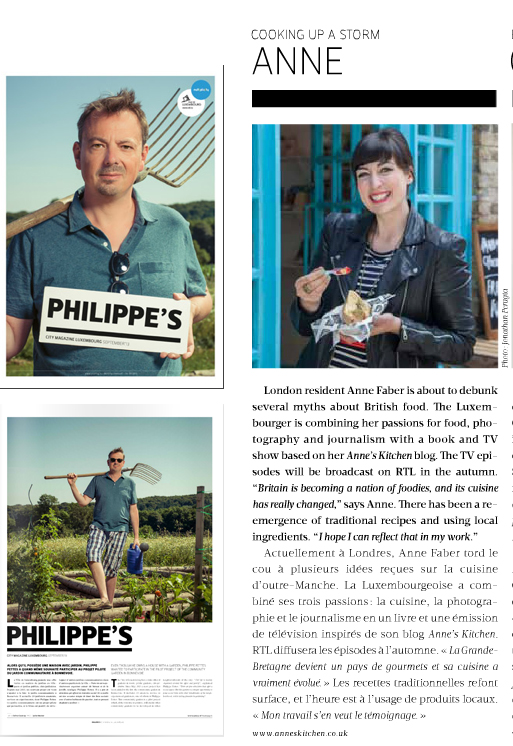 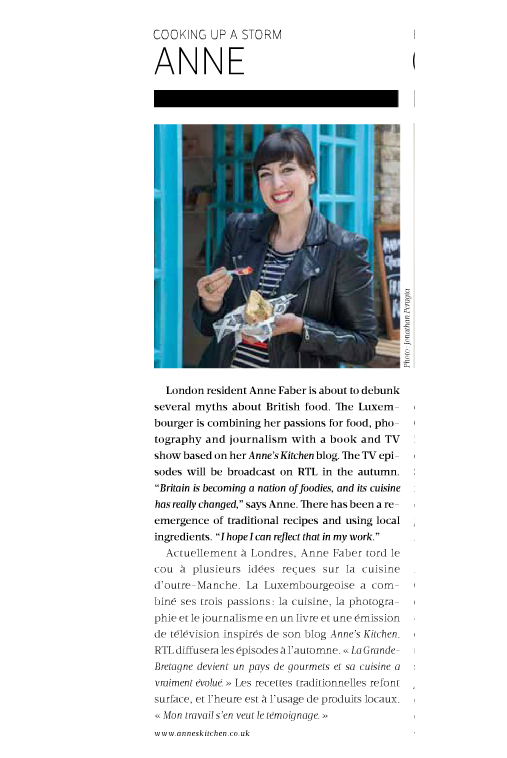 “London resident Anne Faber is about to debunk several myths about British food. The Luxembourger is combining her passion for food, photography and journalism with a book and TV show based on her Anne’s Kitchen blog. The TV episodes will be broadcast by RTL in the autumn. “Britain is becoming a nation of foodies, and its cuisine has really changed,” says Anne. There has been a re-emergence of traditional recipes and using local ingredients. “I hope I can reflect that in my work.”