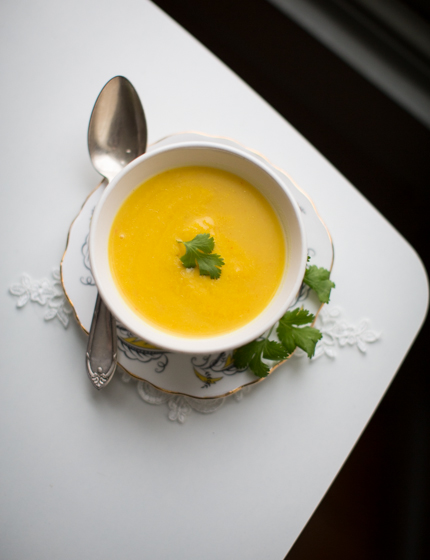 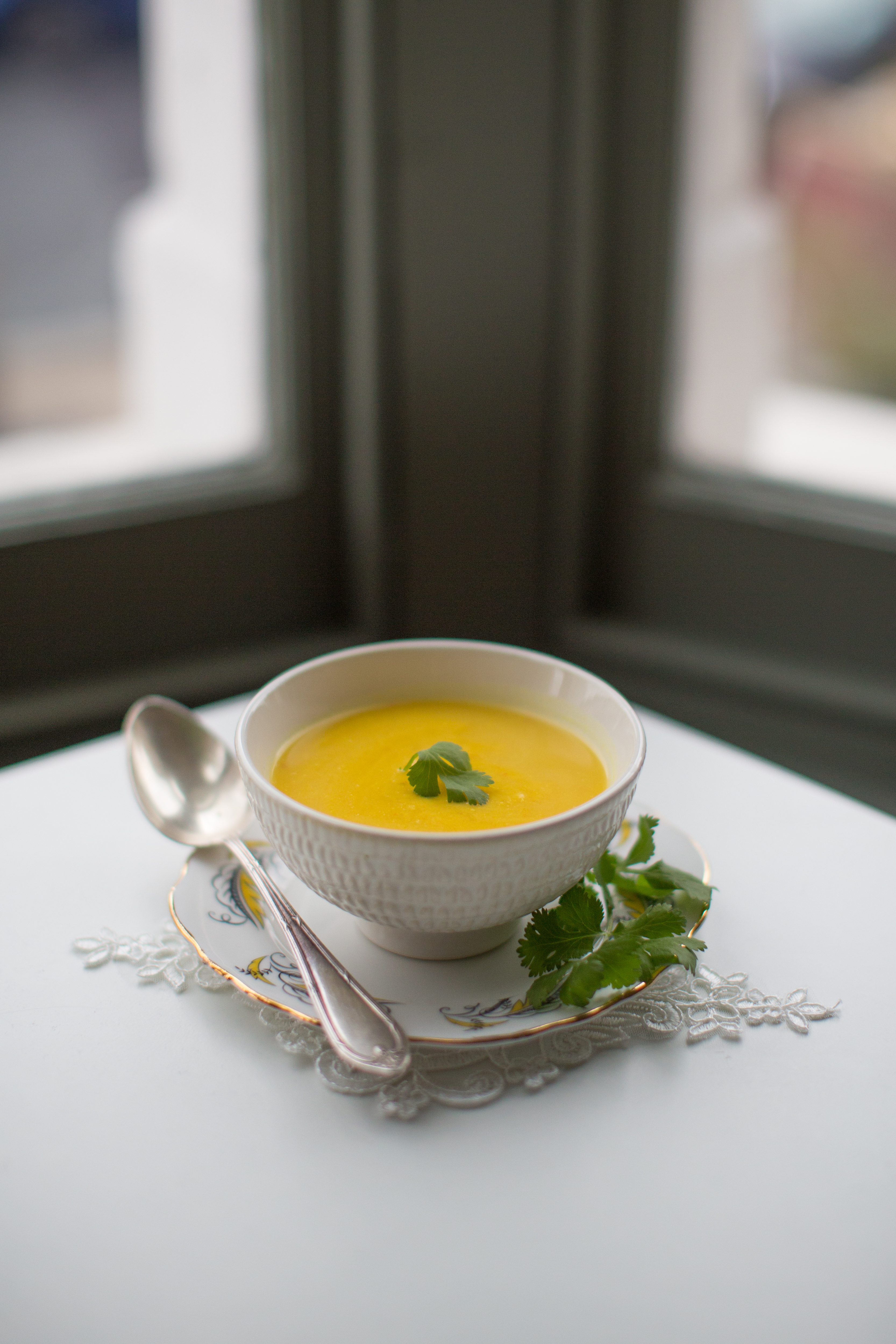 January days are pretty tough in the UK (and in Luxembourg too): one grey, cold day after another. It’s hard not to fantasize about warmer places on the planet, and for me my thoughts often turn to my most favourite place in the world: South-East Asia, and more precisely, Thailand. So many, warming memories associated to my many, many trips to that part of the globe.

I tend to make a lot of soups in winter, but my January soups tend to really play with Thai flavours. My shopping basket is regularly filled with lemongrass, ginger, chillies (lots of them!); kaffir lime leaves, limes and coconut milk. This soup is not a classic Thai soup at all! In fact, it’s a complete improvisation, and it blends a classic British vegetable (cauliflower) with fragrances of the far East.

It’s really, really warming and it gets its vibrant yellow colour from the turmeric powder – a powerful spice that manages to taint anything it touches (including chefs’ fingers). Funnily, even though it’s a super colour agent, it doesn’t carry much taste. It’s got a subtle earthy smell and taste, that doesn’t tend to mess much with other spices in a dish. That’s why sometimes – but only sometimes, and it’s a pretty well-kept secret, heck, maybe it’s even only an urban legend – chefs in mediocre kitchens use a pinch of turmeric instead of saffron to colour their dishes… You didn’t hear it from me!

Anway, I hope this soup will brighten up your grey, cold January days!

Heat 1 tbsp sunflower oil in a large saucepan and fry the onion for 5 minutes until soft.

Add the chili, ginger, garlic and fry for another minute.

Add the turmeric powder give it a stir, add the cauliflower and stir again. Add the coconut milk, palm sugar, salt and chicken stock.

Bring to the boil, cover and reduce the heat and cook for 25-30 minutes until the cauliflower is soft.

Use a stick blender to purée the soup. Season with the Thai fish sauce and the juice of one lime.

Serve the soup with a few fresh coriander leaves and a lime wedge.