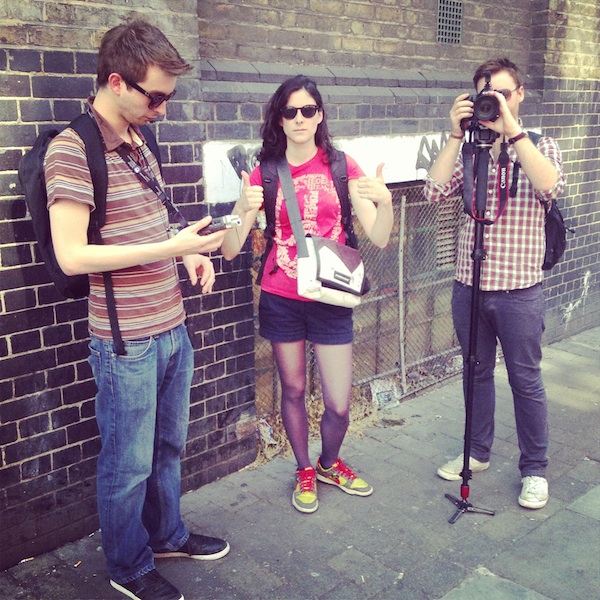 Behind the Scenes: Sunday Lunch

In the 6 months between these two shoots, we’ve learnt a lot and we approached this episode a bit differently. If you watch the pilot, you’ll see how much we progressed – it’s really fun to spot the differences (check out the strange set deco we had in the pilot!).

For this proper Sunday Lunch episode, we decided to ditch the chicken and instead make some baked ham – as a homage to the Luxembourgish dish of “Ham, Fritten an Zalot”. Yum.

This time, we had the absolutely great Katja Behre of Elli Popp join me in Shoreditch – Katja designed my wallpaper, which you can see on the edges of this site, and which appears in my book and actually hangs in the front room of my flat.