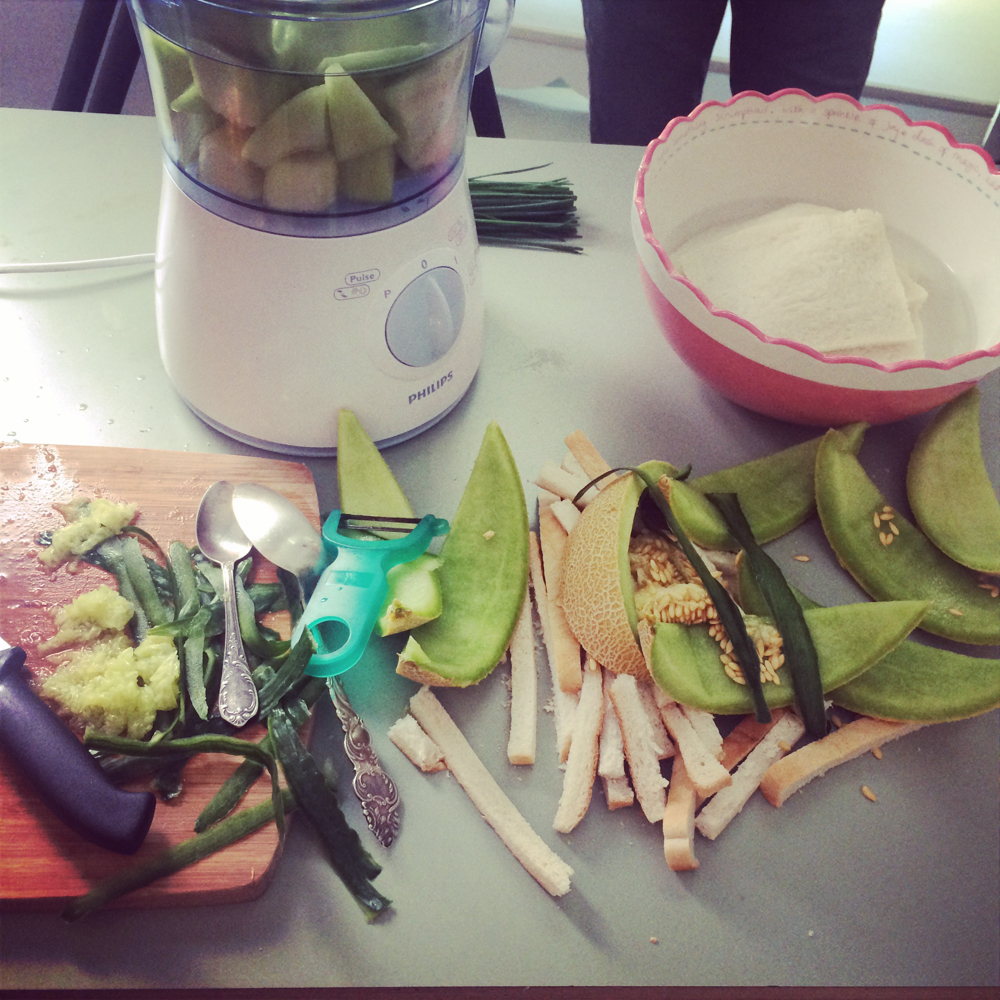 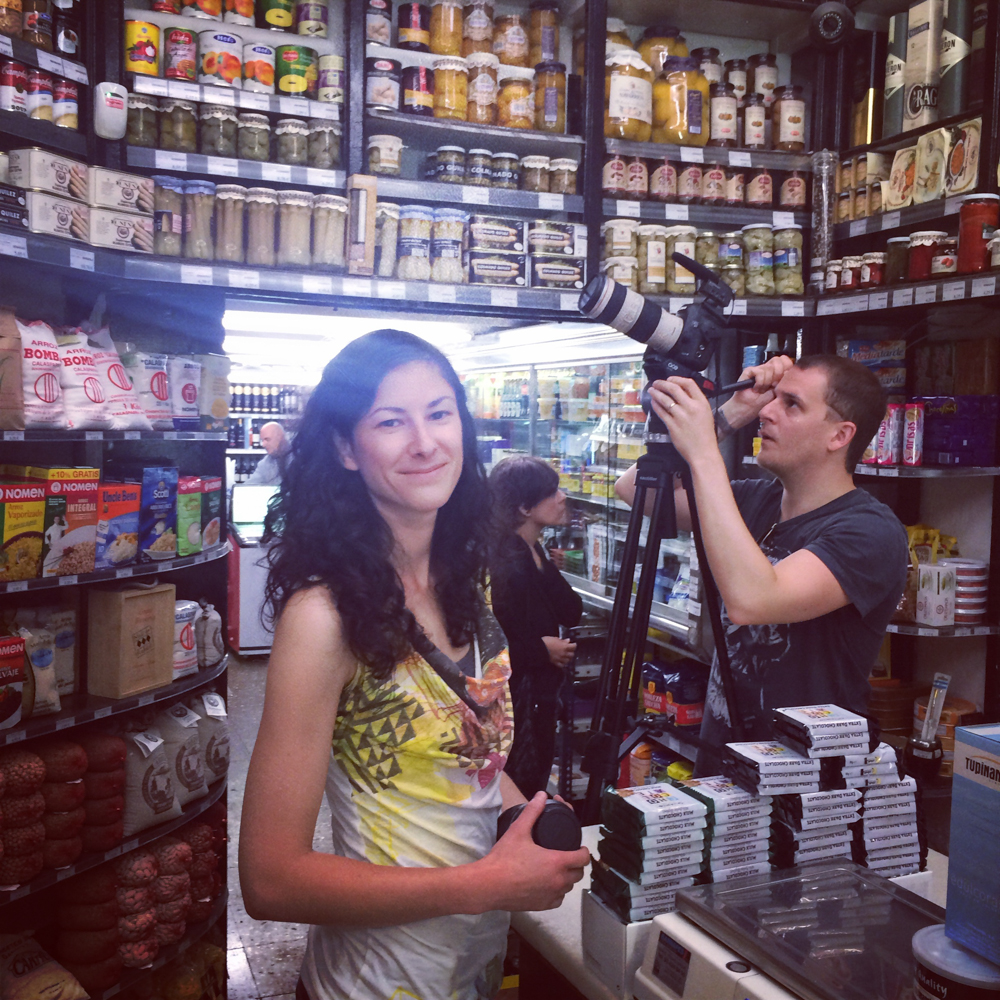 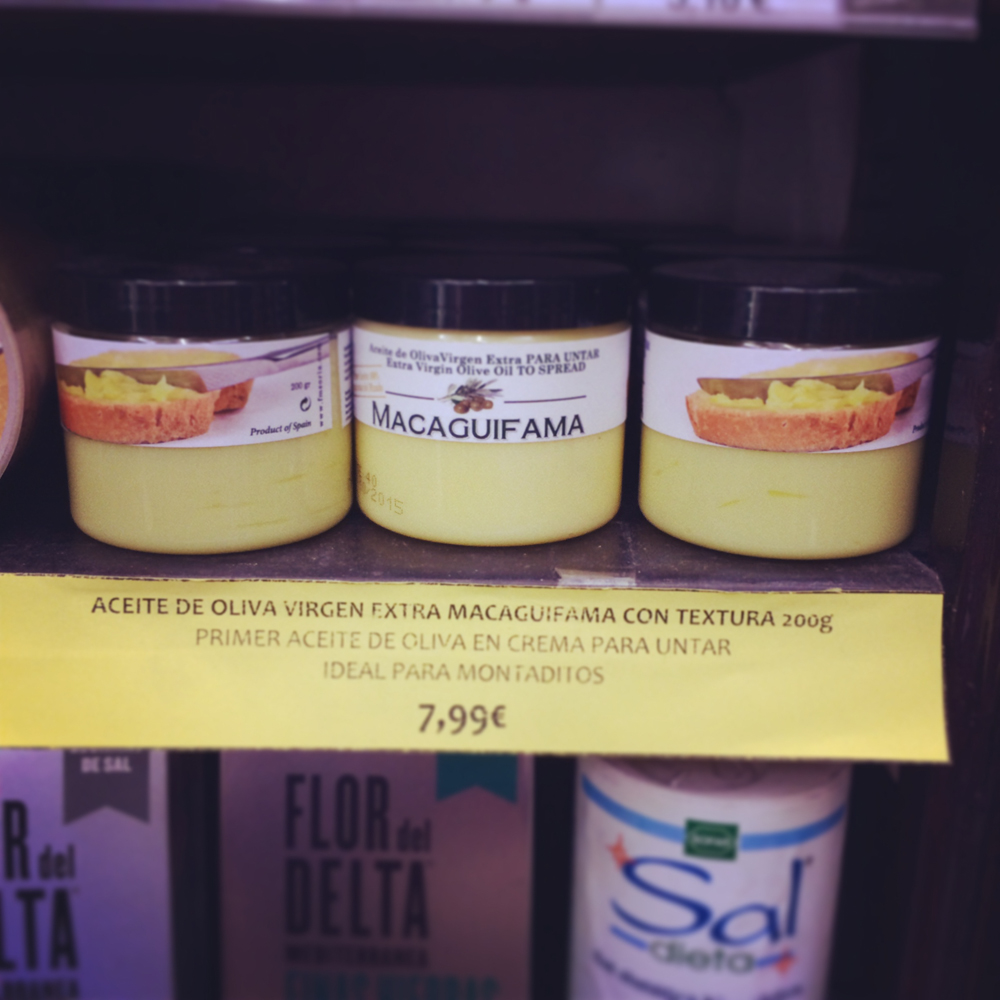 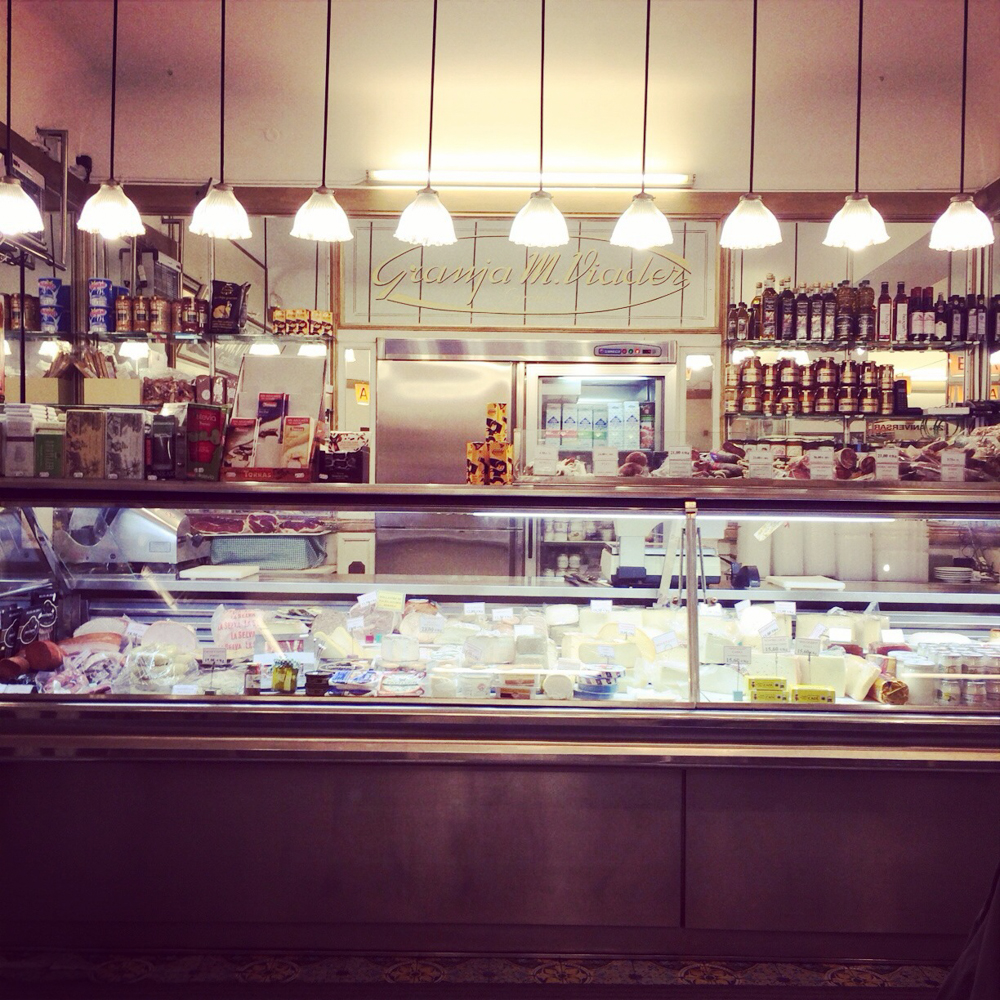 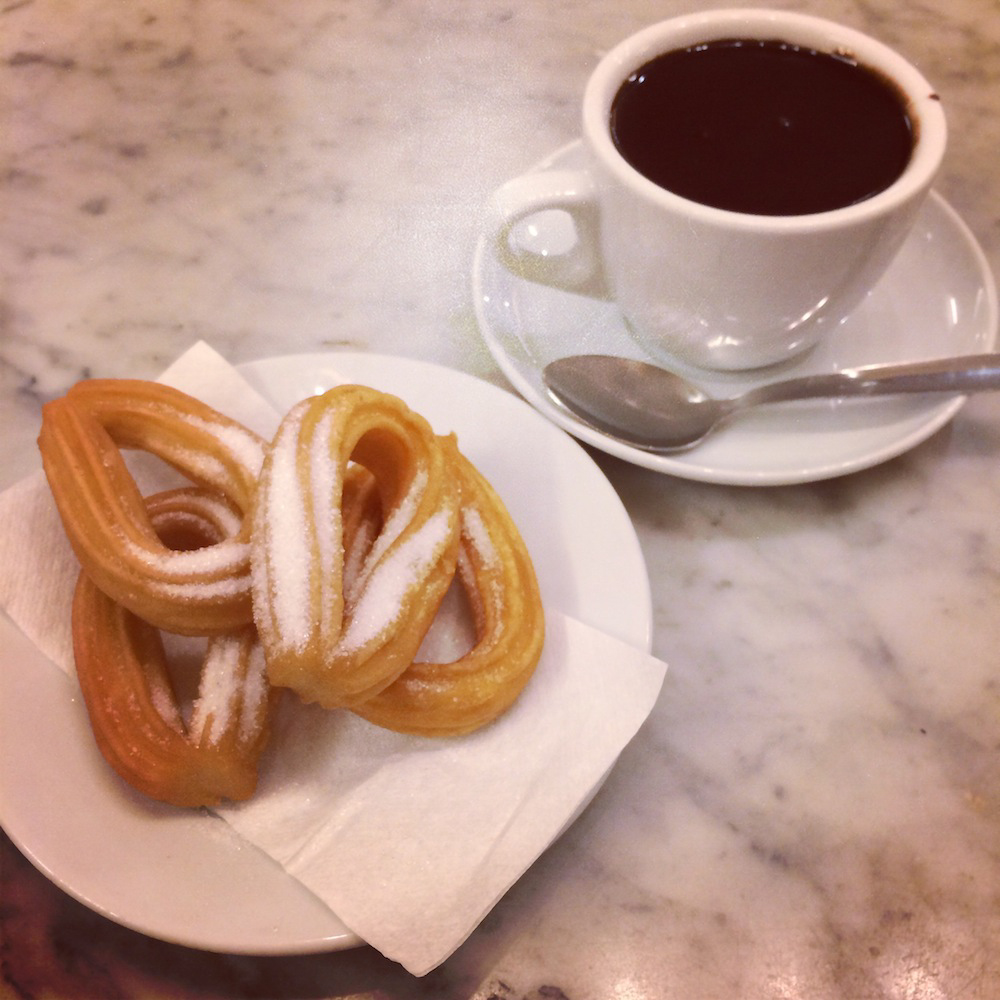 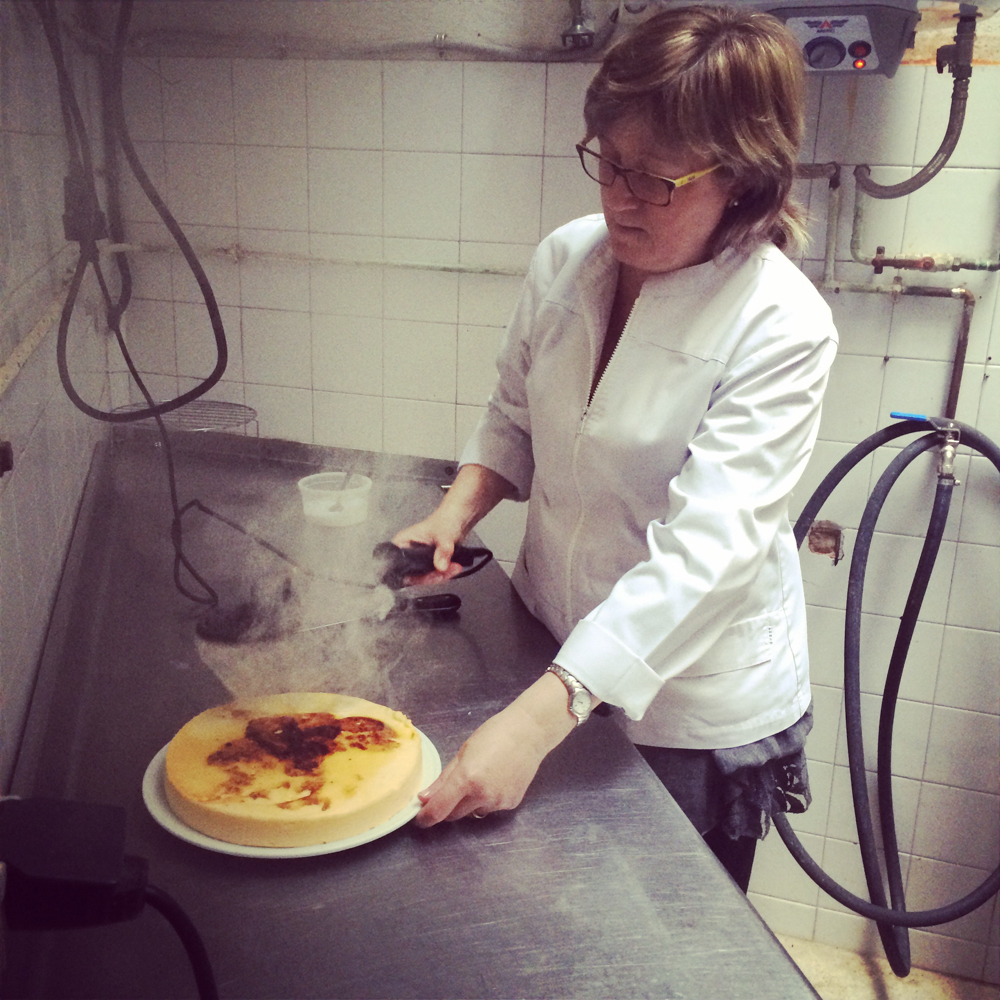 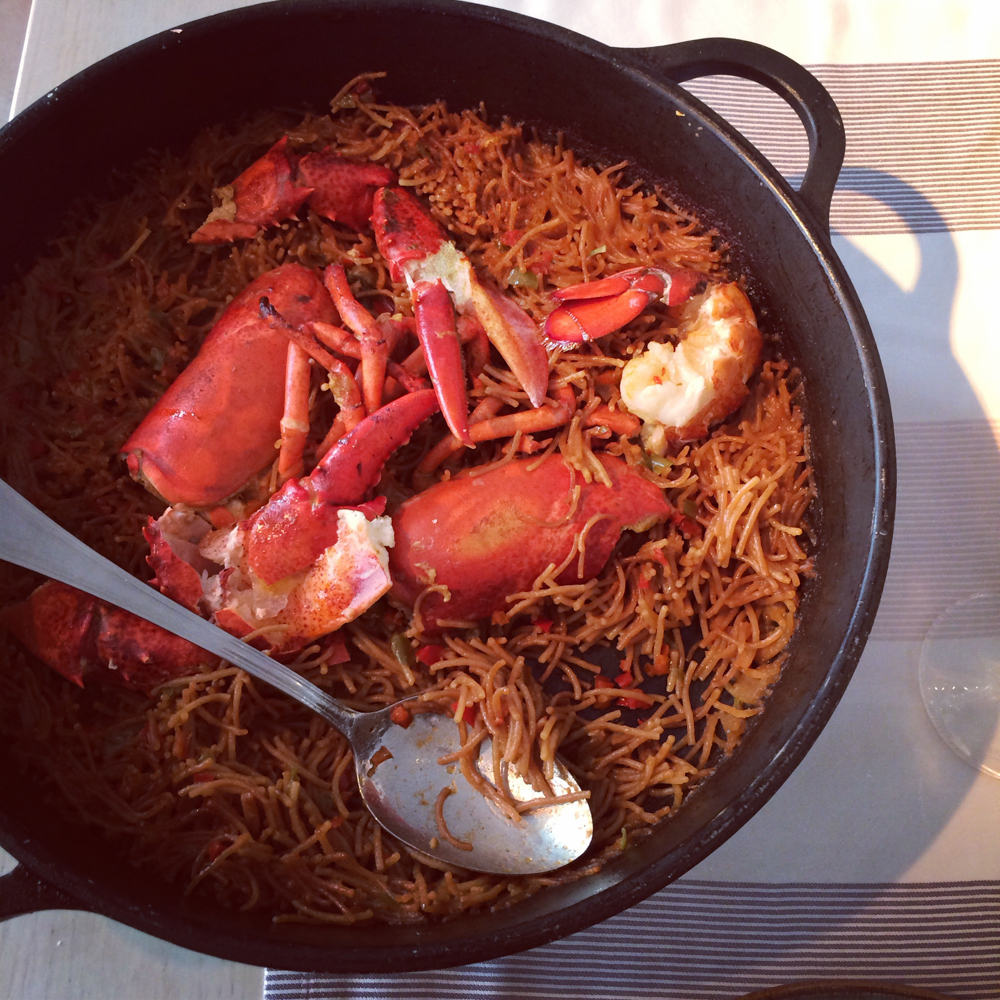 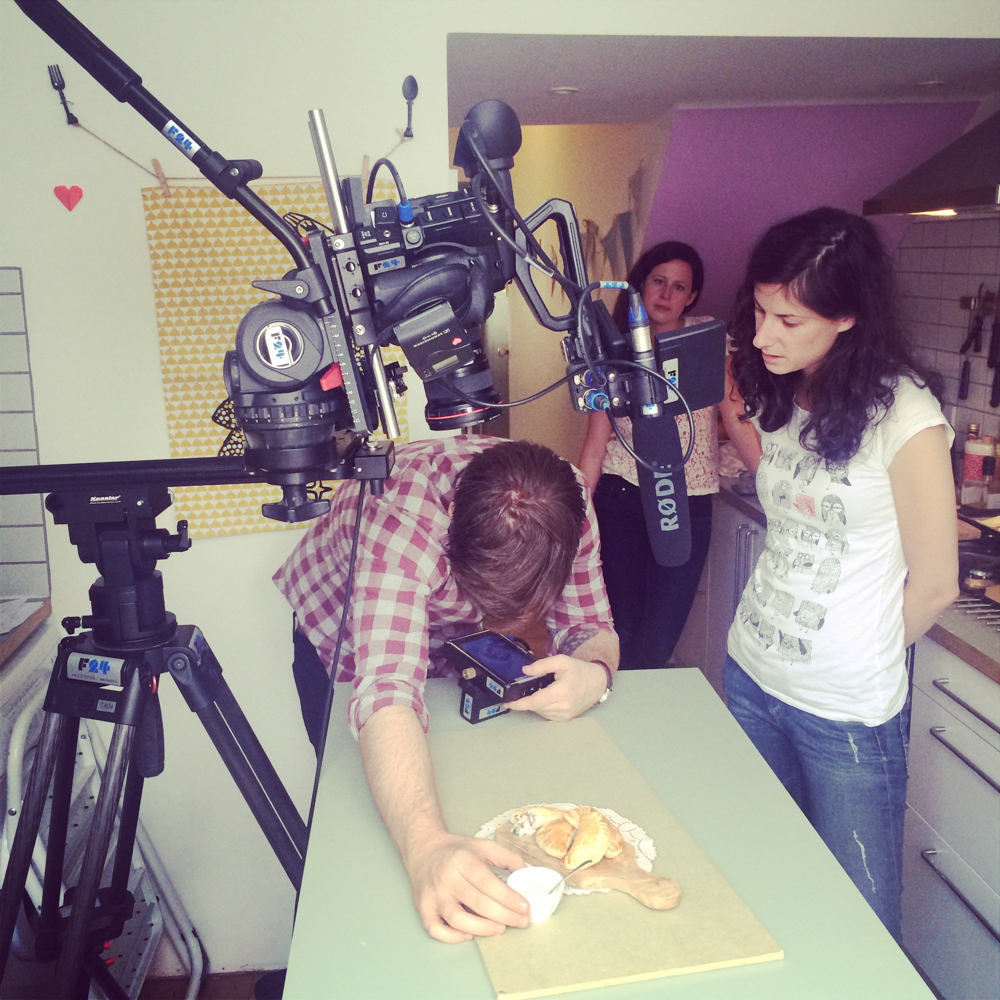 Behind the Scenes: Around town in Barcelona

Our last Barcelona episode packs in the best this wonderful town has to offer! We headed to the beach – which in fact isn’t a real beach as I found out when I wanted to walk along the water and kept on sinking in with my feet. Turns out it’s an artificial beach, with pebble sand – hence it’s not really great for walking in the water.

I insisted on getting churros from the first day we were in Barcelona, so we went to the most famous place in town: Granja Viader. To my surprise, the crew turned away from the churros quite quickly and only had eyes for the heavenly chocolate milk that they sell at Granja Viader. I forgot to take a photo of the bottle, but basically it’s a very typical small milk bottle with chocolate milk. The people at Granja Viader invented this drinking chocolate a long time ago – these days it’s no longer produced by them, but it’s still quite amazingly addictive!

In this episode I also went food shopping – at Colmado Quilez, a really quaint old-school delicatessen in town. Here, I discovered spreadable olive oil! Yes, it’s like butter, but made from olive oil! Pretty crazy stuff! I obviously had to buy a tub and I’ve been eating the olive oil on toast, sprinkled with sea salt flakes. Interesting, but I do have to say I prefer the liquid original.

Lastly, we had quite an adventure at Mar Salada. Well, we didn’t really know what we’d get ourselves into by filming a live lobster killing in the show (the lobster ended up in a delicious fideuà). When we showed the final cut to RTL, they weren’t all too pleased about this episode ending – so we had to cut out the lobster… Poor lobster.