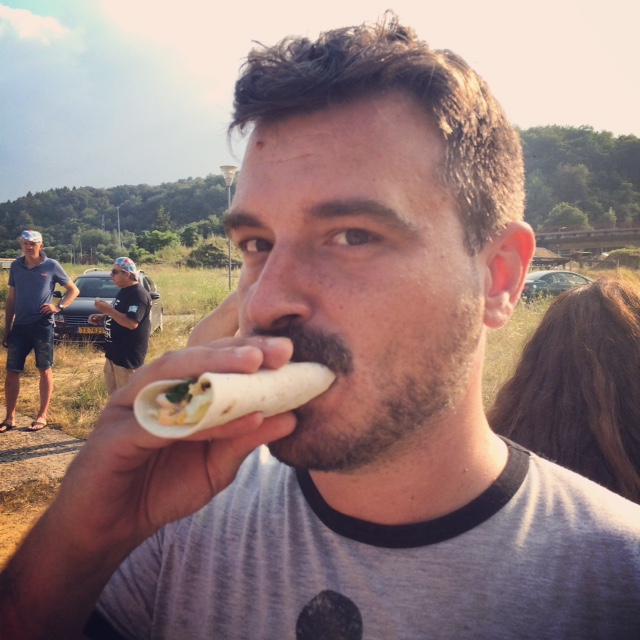 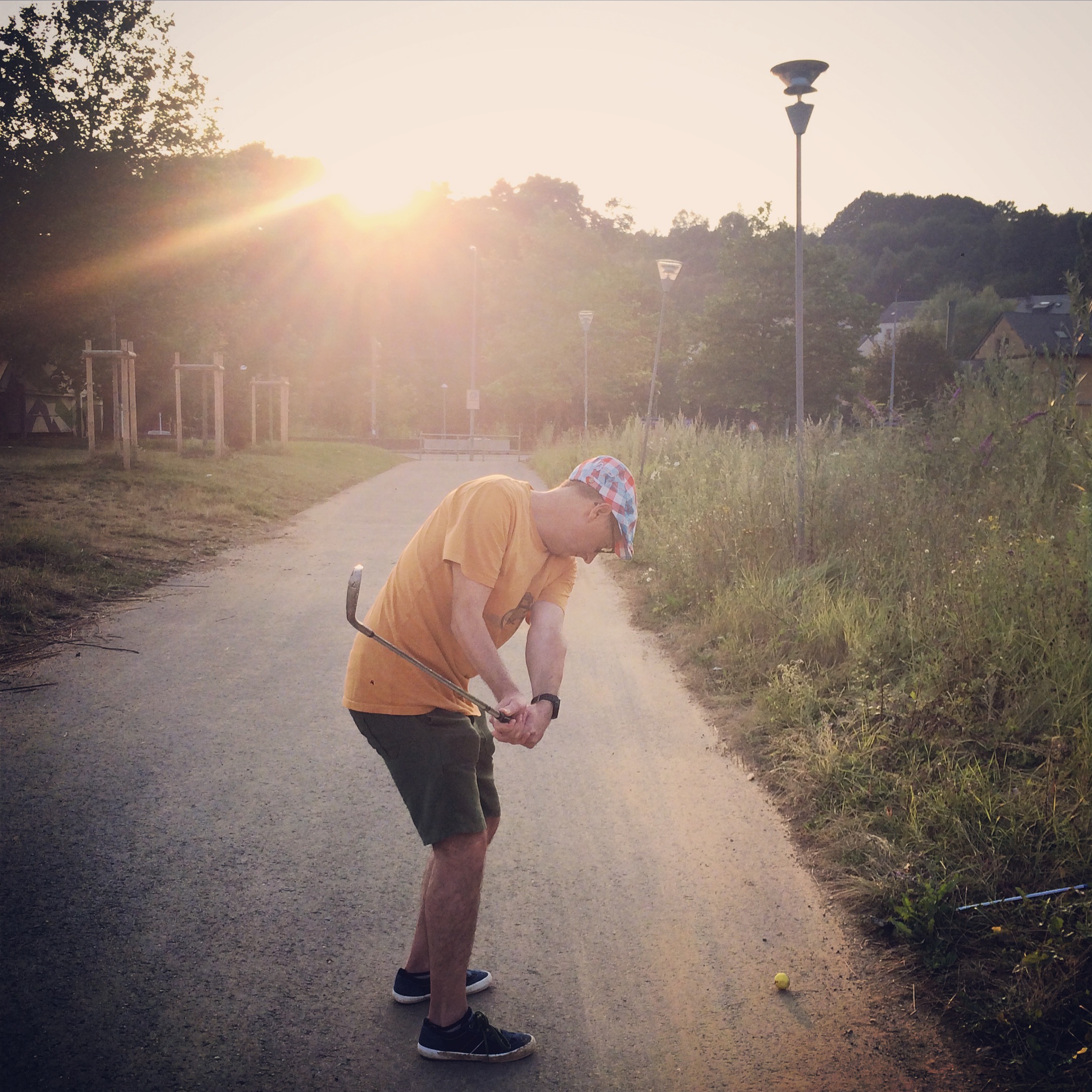 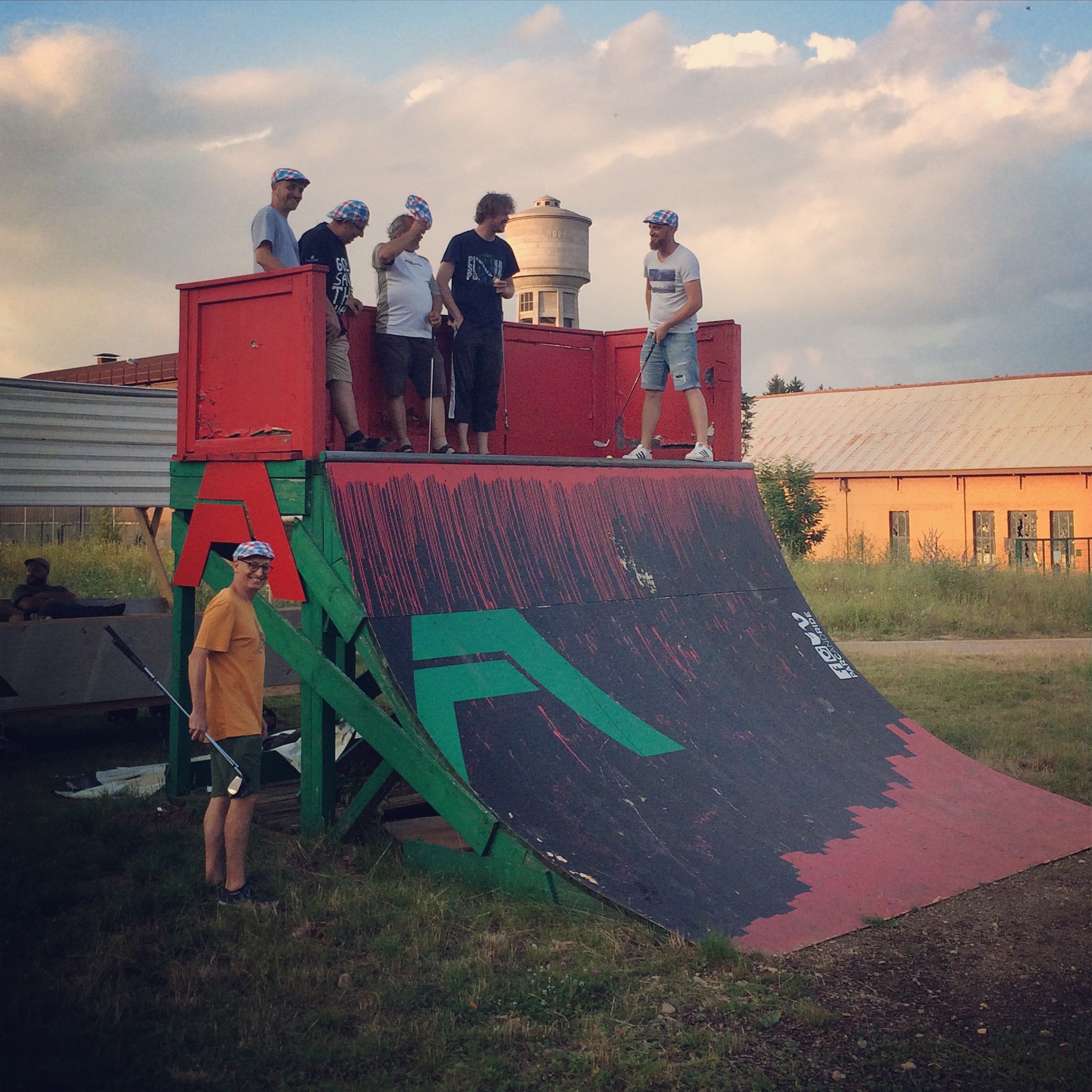 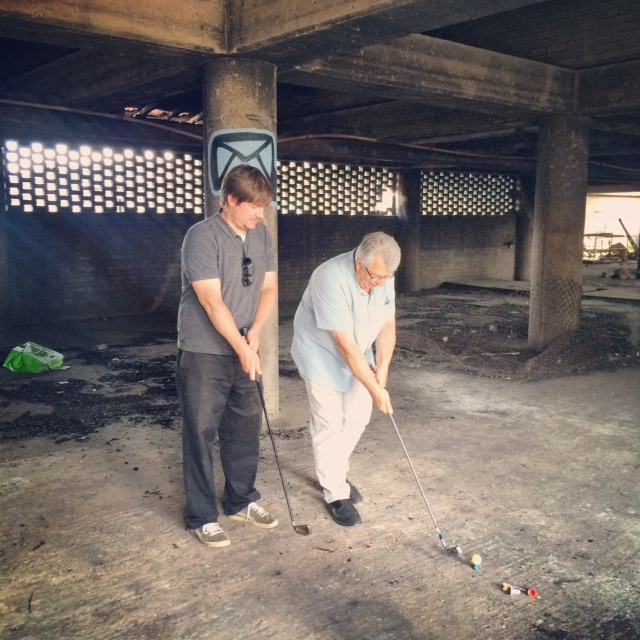 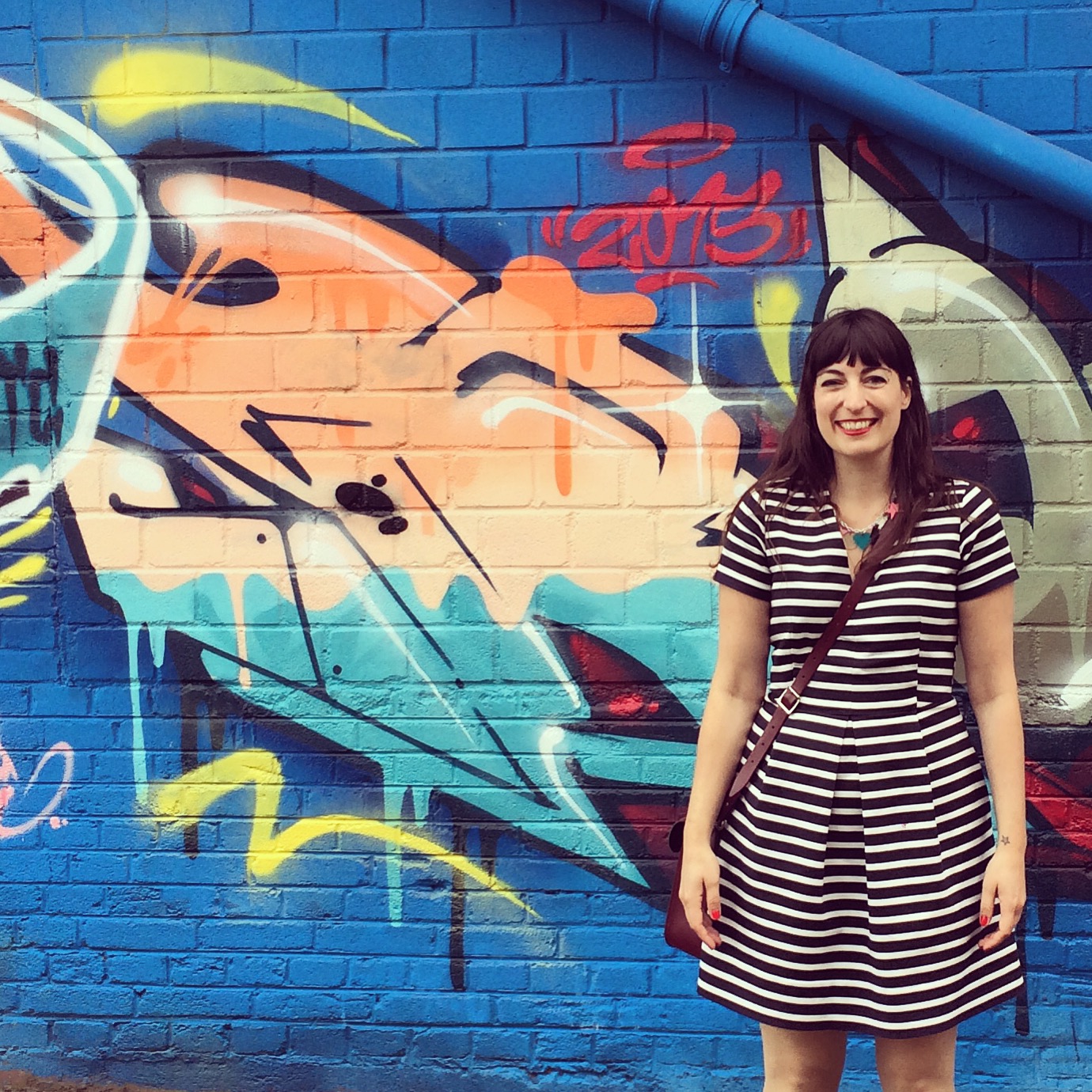 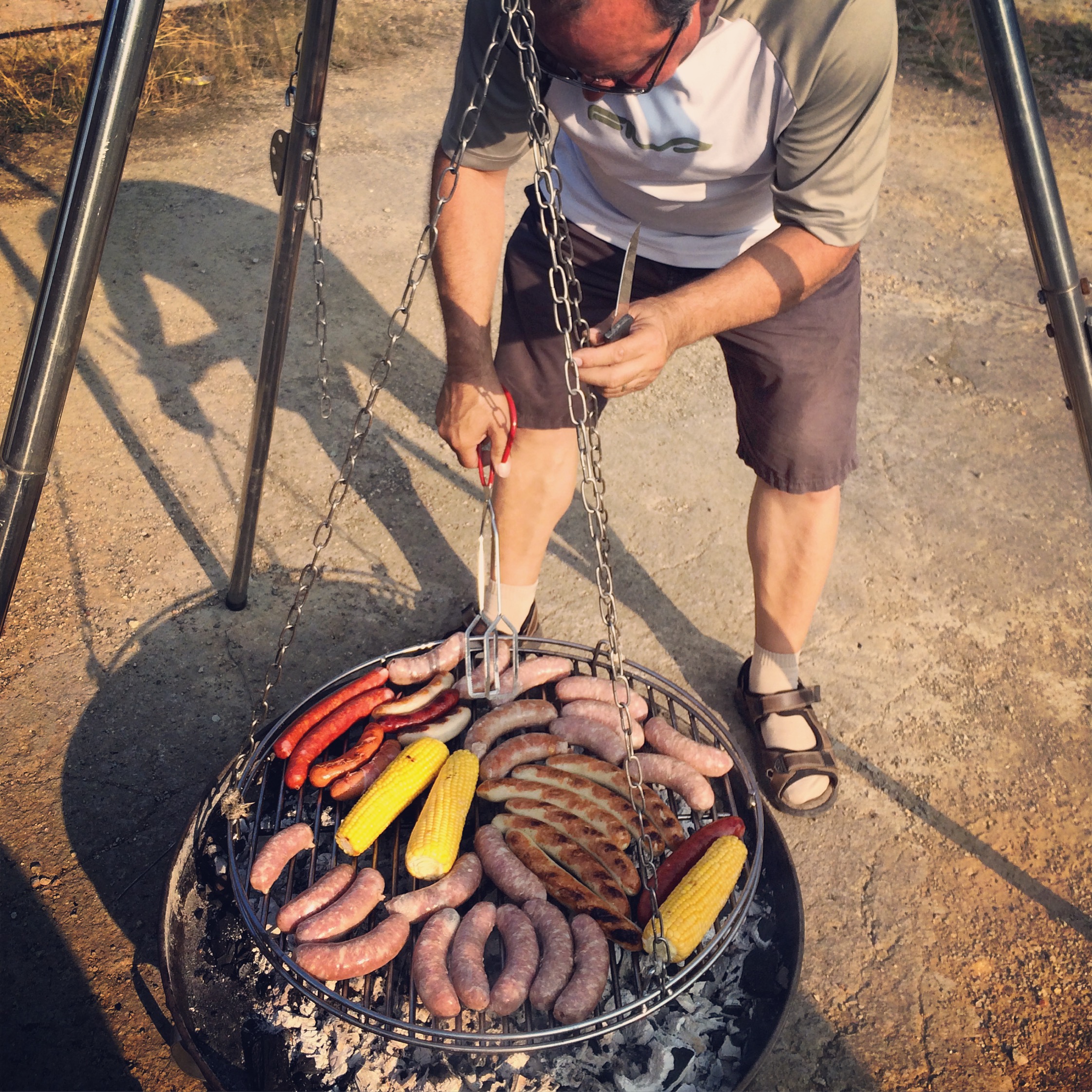 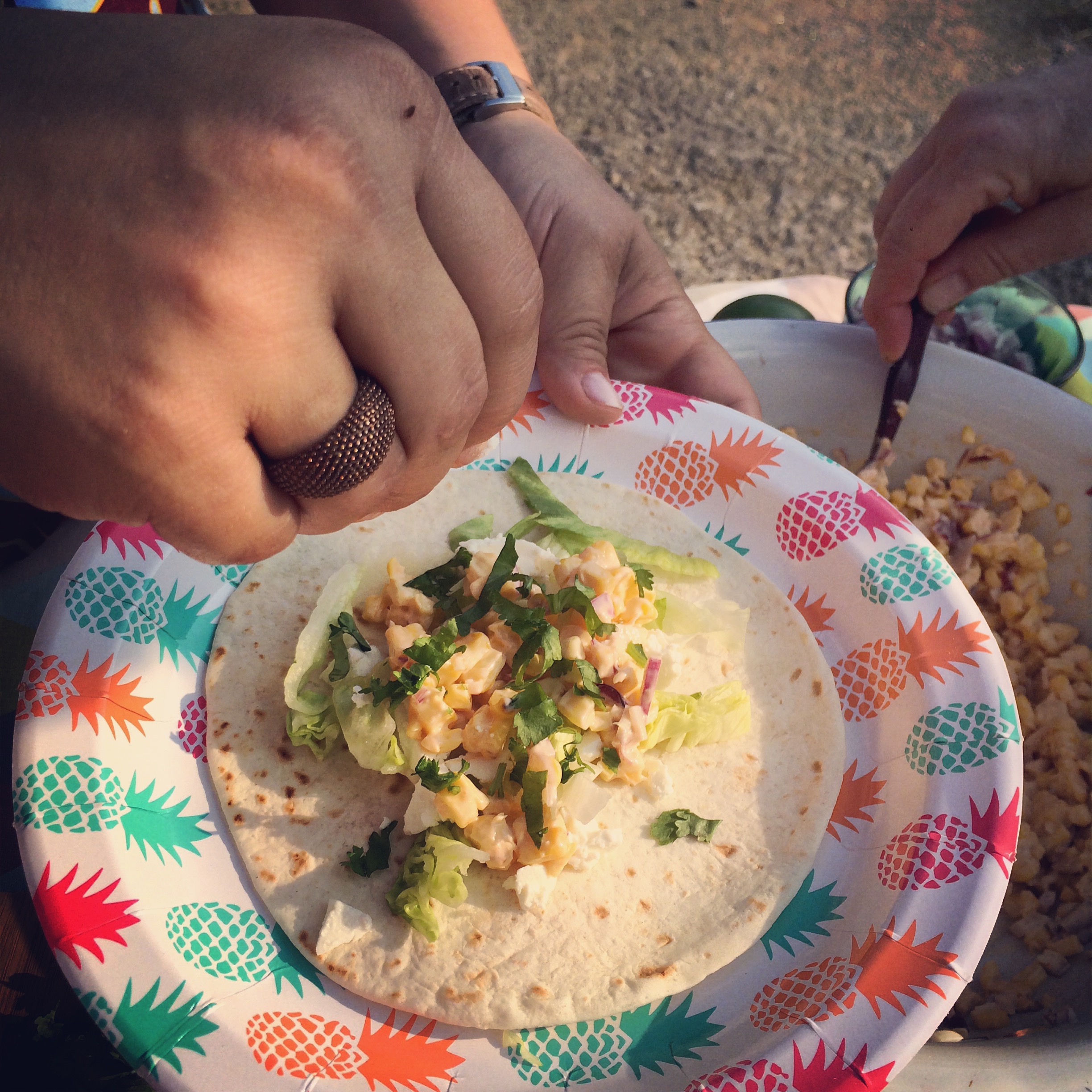 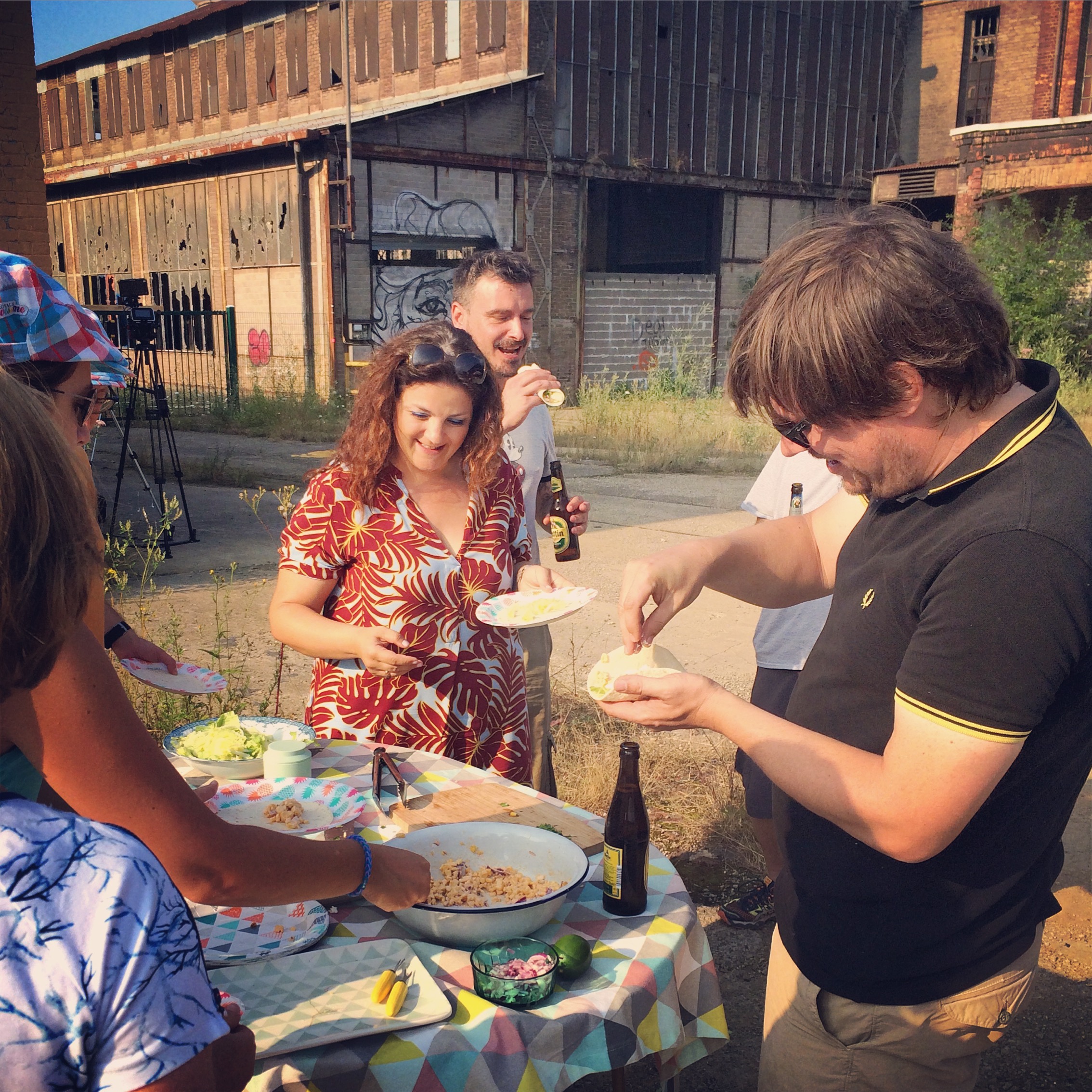 Behind the Scenes: Minett

For this episode I hooked up with the Luxembourg urban golfers. I had actually met the guys a few years ago in London, when they took part in the European urban golfing championship in the Olympic park. One of the guys, Serge, had randomly emailed me (as they knew I lived in London), asking if I wanted to come support them on their big day. It sounded like fun, so I joined them and instantly took to this fun ‘sport’.

Urban golf is like golfing without all the rules. You just take a bat and a few balls and head to the streets. Holes can be made up as you play, ranging from lampposts to random things like a part of a pattern in a graffiti. The idea is to have fun.

So, when I was filming for my Luxembourg season, I knew I’d have to join the team for one of their games. The guys frequently play in Luxembourg’s south, as there are many abandoned industrial sites that are perfect for playing and finding interesting ‘holes’.

On our recce day, we explored an abandoned industrial site in Düdelange, finding incredible graffiti-strewn warehouses full of interesting corners. In one hallway I felt like I had just entered a place in Detroit, it looked so nostalgically derelict -perfect for filming.

However, on the day we were filming, the site had been officially barricaded! Just a few days before our shoot the authorities had decided to shut the site once and for all, so that no intruders (like us) could enter it anymore. The frustration was incredible, as we had scouted so many amazing shots for the show! But hey, that’s the way it is with filming, nothing ever goes to plan, so you improvise! So instead of venturing into the industrial site, we played outside. And we discovered that it was just as fun playing urban golf on a halfpipe than in a warehouse.