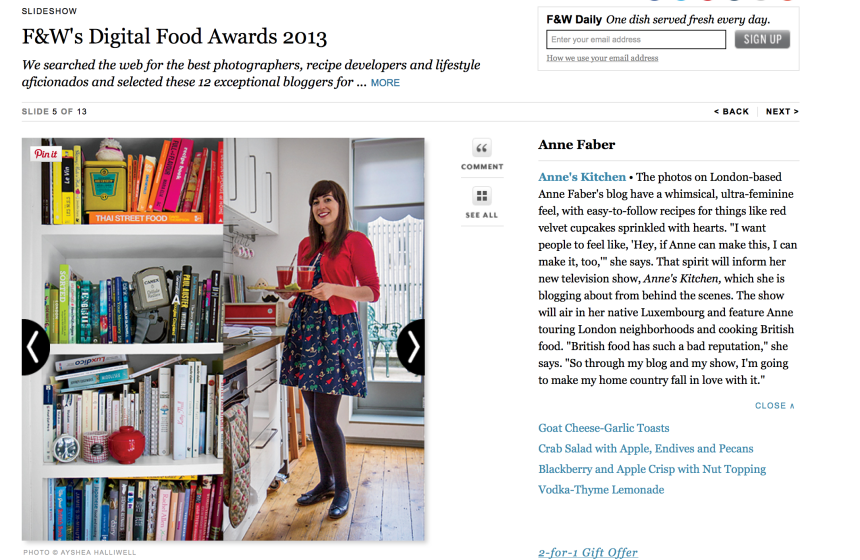 I won a Digital Food Award from Food & Wine Magazine in the US in 2013.

“We searched the web for the best photographers, recipe developers and lifestyle aficionados and selected these 12 exceptional bloggers for our first annual digital awards.”

The photos on London-based Anne Faber’s blog have a whimsical, ultra-feminine feel, with easy-to-follow recipes for things like red velvet cupcakes sprinkled with hearts. “I want people to feel like, ‘Hey, if Anne can make this, I can make it, too,'” she says. That spirit will inform her new television show, Anne’s Kitchen, which she is blogging about from behind the scenes. The show will air in her native Luxembourg and feature Anne touring London neighborhoods and cooking British food. “British food has such a bad reputation,” she says. “So through my blog and my show, I’m going to make my home country fall in love with it.” 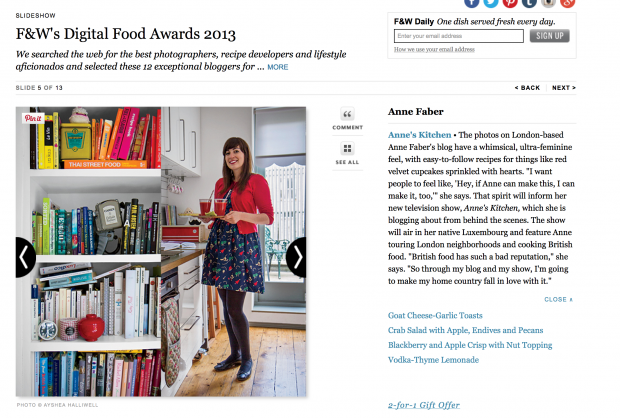 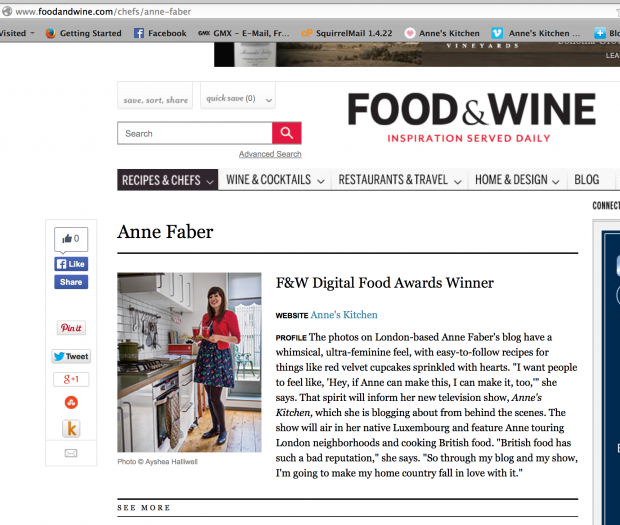