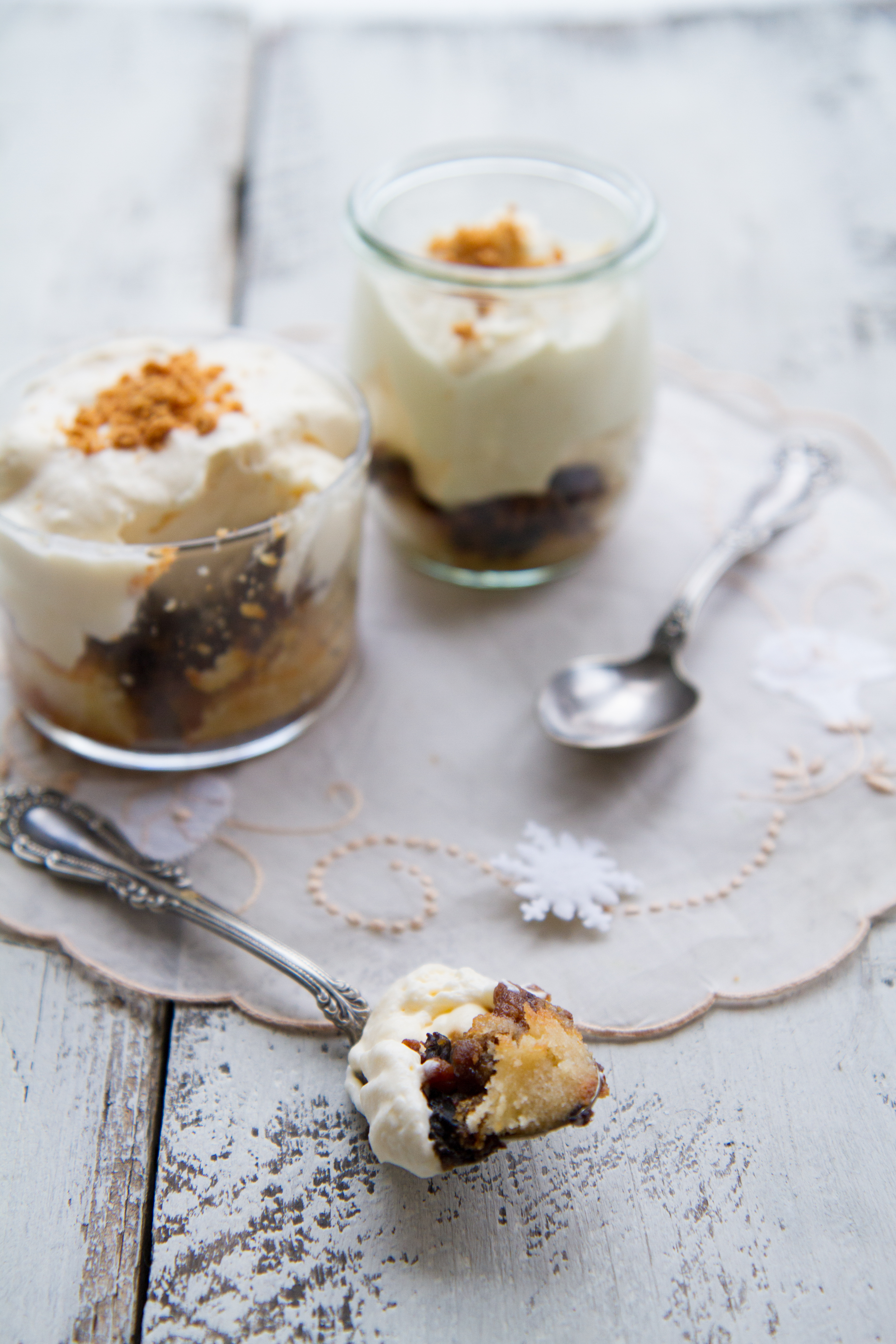 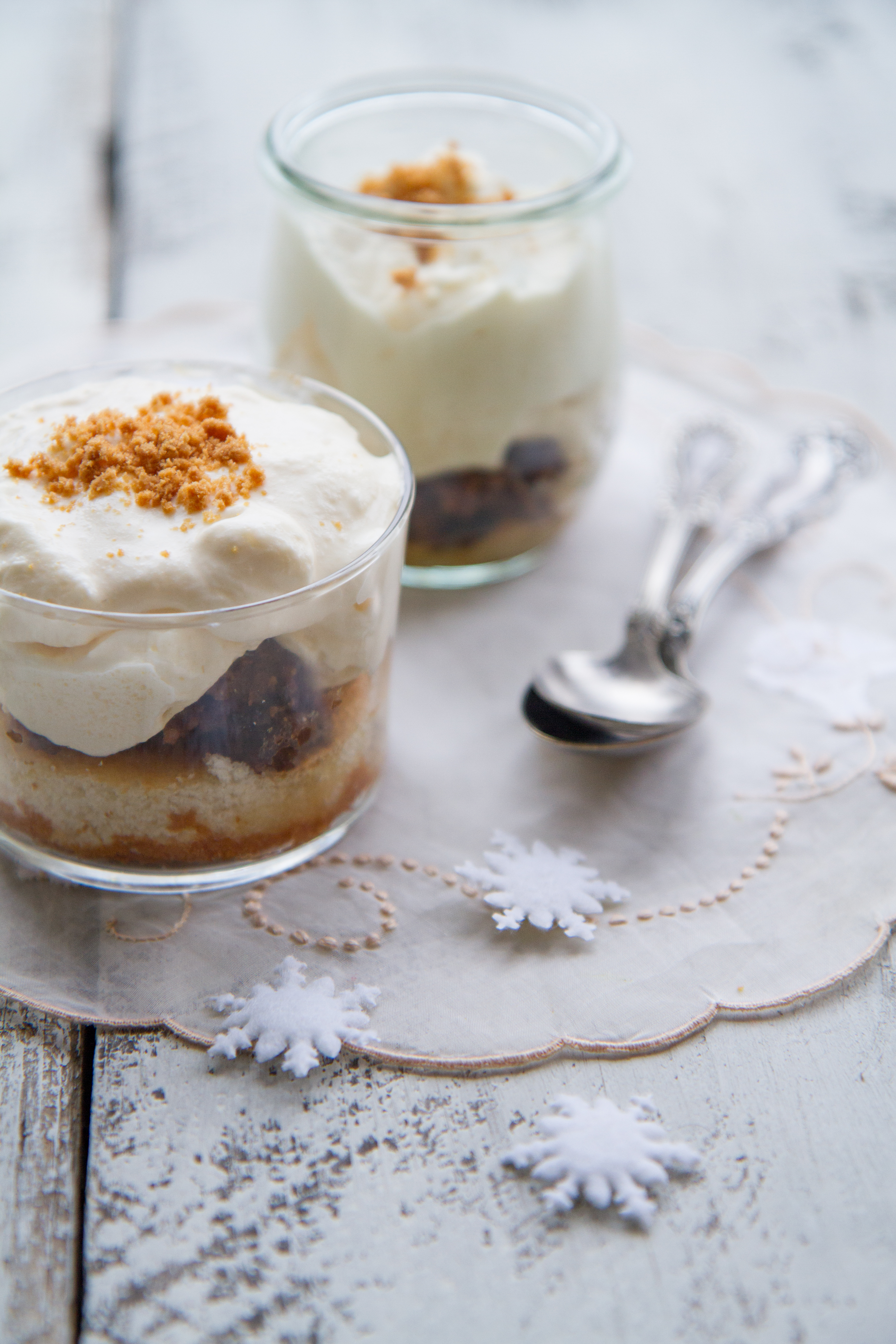 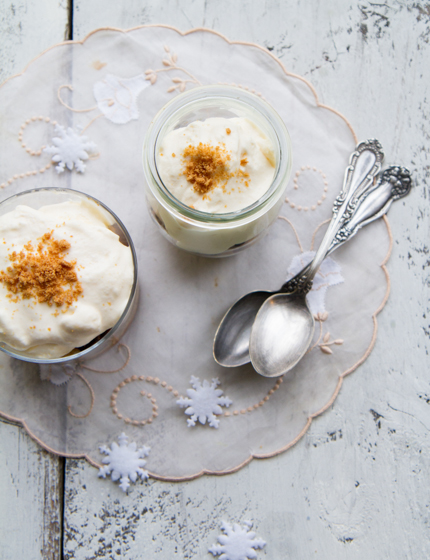 In the UK people usually have a Christmas pudding for dessert on Christmas Day. It’s a steamed pudding stuffed with dried fruit and laced with brandy. It’s really lovely, but quite a pain to make – so I’ve deconstructed mine and made a festive trifle with the flavours of Xmas pudding inside. The perfect dessert for an English-themed Xmas dinner.

3 speculoos biscuits or gingersnaps for decoration

Start by preparing the mincemeat at least a day in advance: roughly chop the raisins, prunes and candied orange peel. Transfer into a bowl and add the lemon peel, grated apple, sugar, cinnamon, nutmeg, ginger and whisky. Mix, cover and set aside overnight.

The next day, make the syrup: put the syrup ingredients into a small saucepan, and simmer for 3 minutes until the sugar has dissolved. Set aside to cool.

Break the sponge fingers and divide between 6 serving glasses. Drizzle two tablespoons of whisky syrup over each portion of sponge fingers.

Wrap each serving in clingfilm and put in the fridge for at least 3 hours or for up to 2 days.

Before serving, crush up the speculoos or ginger snaps and sprinkle some over each portion.

TIP: You can of course make this trifle with ready-made Christmas pudding, in which case you leave out the mincemeat and just use 350g of Christmas pudding. Just microwave the Christmas pudding on the highest setting for a minute or two (until it’s easily mashable). Mash together with a fork and  drizzle with two tablespoons of whisky or brandy before proceeding with the rest of the recipe.