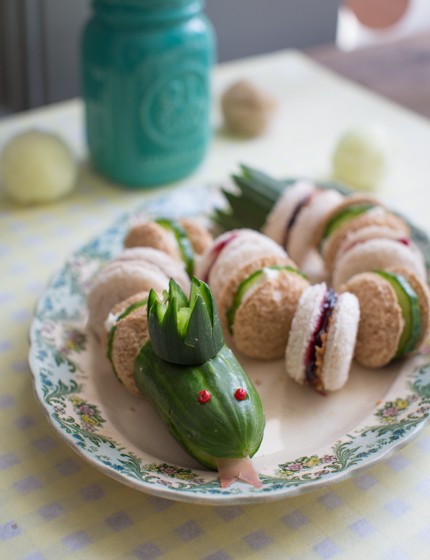 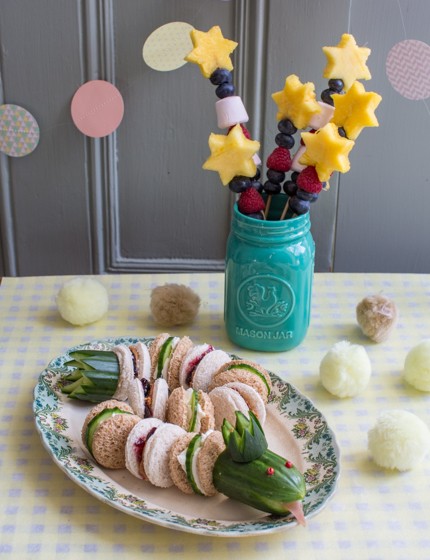 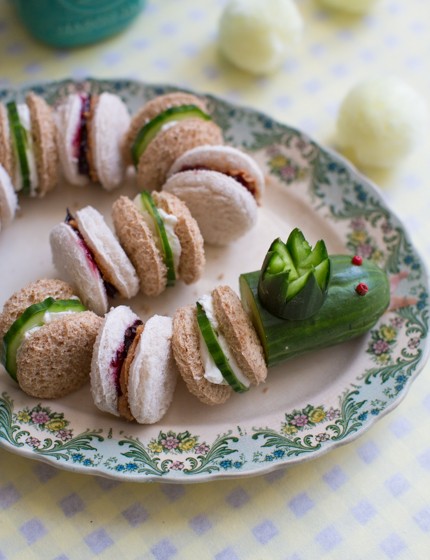 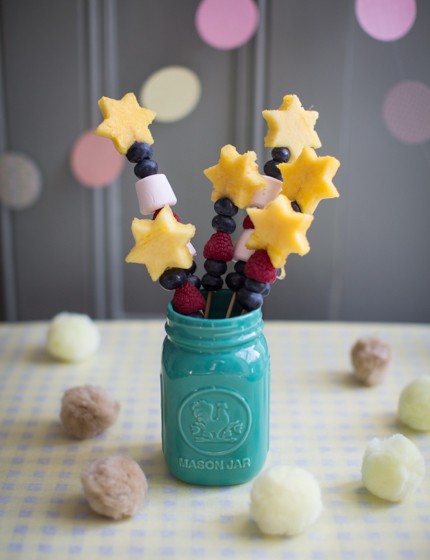 This week’s Mastercook challenge was all about creating a yummy buffet for a children’s birthday party. The twist: it needed to be healthy! We wanted our jury of 12 children to enjoy a buffet on which fruit and vegetables are the stars! What did the contestants come up with?! You can watch it here.

I for myself came up with two easy and cute recipes that are easy to make on the morning of your party: a sandwich snake and fruit star wands. Just cover them in cling film and refrigerate until needed. You could also get the kids to prepare the fruit star wands – like that they can thread their favourite fruits onto the skewers.

For the sandwich snake (Makes 20 sandwiches)

For the fruit star wands (Makes about 10)

For the sandwiches: take a shot glass and cut out two bread circles from each toast slice.

Place the cucumber snake head onto a serving plate. Stick a piece of tooth pick into the cucumber crown and stick the crown into the head. Align the sandwiches behind the snake head so that it forms a snake body, alternating between white and brown sandwiches. Finish off the snake by placing the spiky tail end at the end.

For the fruit star wands:

Cut the pointy tip from 10 wooden skewers and discard. Thread some blueberries, raspberries and marshmallows onto the skewers and finish off with a pineapple star. Place in a jar and serve.

One thought on “Sandwich Snake and Fruit Star Wands”