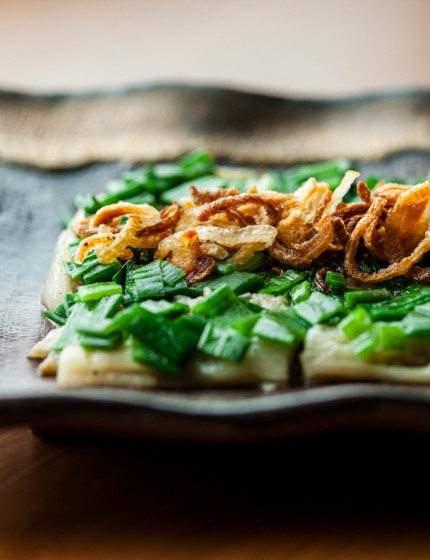 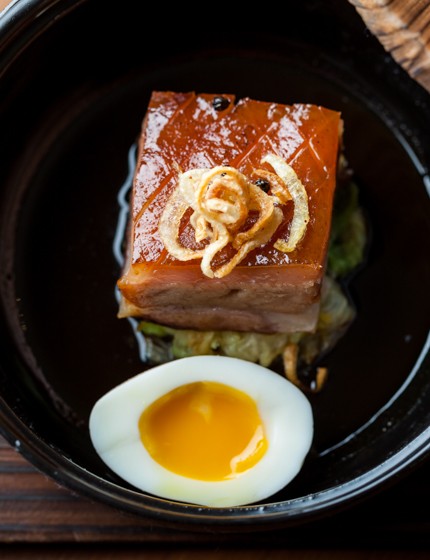 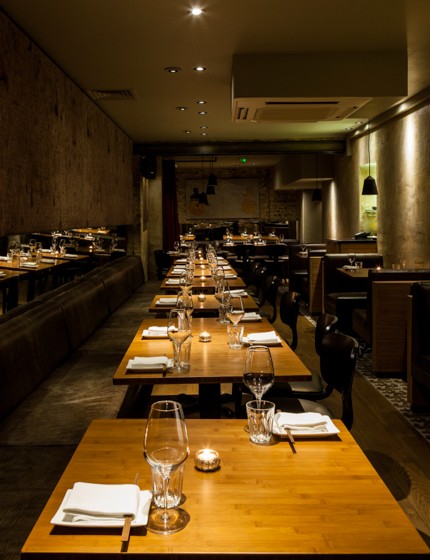 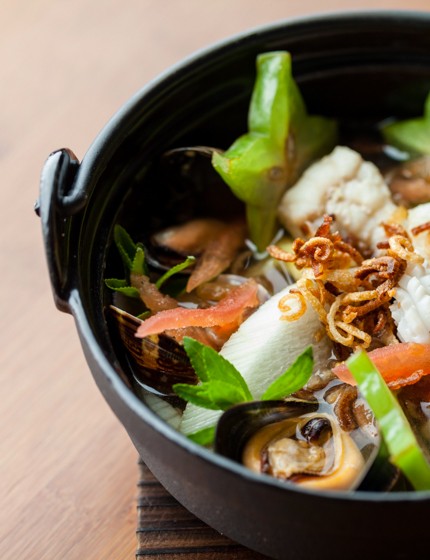 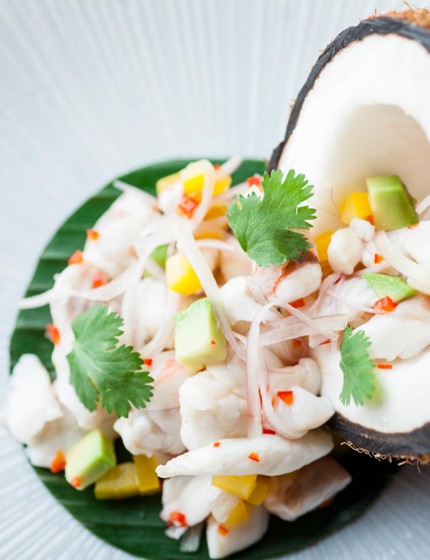 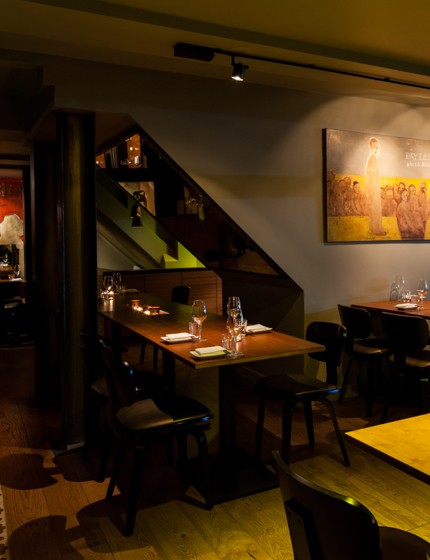 House of Ho – Vietnamese in Soho

Chef and food TV presenter Bobby Chinn, who already runs restaurants in Saigon and Hanoi, is now plating up Modern Vietnamese food in the heart of London. His concise menu is divided into Light & Raw, Hot & Grilled and Ho’s Dishes. The idea is small sharing plates, a concept that’s lately been growing in London and often leaving diners with a higher bill than expected.

A starter of pork ribs was fingerlickingly delicious, the tender, smoked meat almost falling off the bone and served in lashings of a sweet barbecue sauce. A seafood ceviche, actually a Peruvian dish, was flavoured with mango to give it a fusion twist. The refreshing dish could have done with quite a bit more heat though. Smoky aubergine was melting and topped with spring onions and deep-fried shallots for crunch – a lovely vegetarian option that convinced the carnivores at our table.

Mains were a tad less exciting, the shaking beef was stir-fried beef in a light soy pepper sauce – nothing hugely special but the meat was of excellent quality. Apple-smoked pork belly laced in a sweet caramel sauce felt like a déjà vu – the pork rib starter having been covered in a very similar-tasting (if not the same) sauce.

The big surprise was our dessert. Not that the dish itself (a molten chocolate cake) was noteworthy, no it was the accompanying ice cream that got us talking. Unable to identify the flavour of the scoop, we thought we’d ask the man, Bobby Chinn, himself. This created quite an awkward situation, as Bobby was unable to tell us what it was either, and disappeared to the kitchen. 15 minutes later he re-appeared with a bowl of three ice cream scoops, asking us which one it was that we just tasted. We tried them, and pointed to the one with the same flavour. Expecting Bobby to reveal the flavour, you can imagine our surprise when Bobby, yet again, disappeared to the kitchen. This time he didn’t come back. We only caught him on the way out, standing at the bar, digging into yet another bowl of ice cream. “Come, try this.” We tried it, and a Bobby revealed with a wide grin “it’s pistachio”. A shame that it wasn’t the same scoop we were desperately trying to demystify.

All photos © House of Ho

2 thoughts on “House of Ho – Vietnamese in Soho”